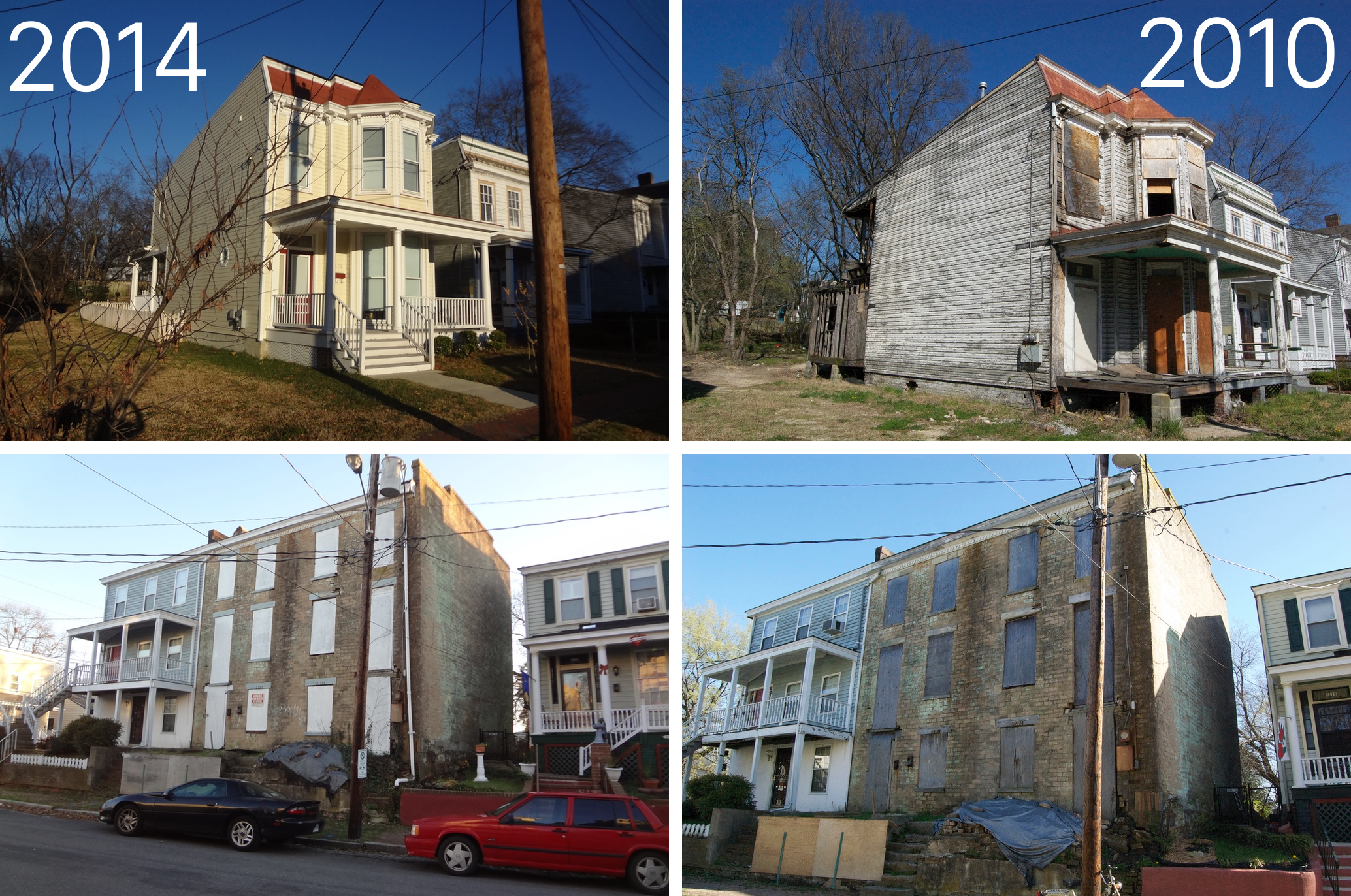 Revisiting the 10 most blighted houses in Church Hill

Back in March 2010, we selected 10 houses as The 10 most blighted houses in Church Hill. These decaying houses scattered across the area were the worst among what at times seemed like a sea of vacant houses.

Almost 5 years later, 3 of the houses have been restored, 5 have been demolished, and 2 still sit waiting for whatever comes next.

It is worth noting that two best renovations were undertaken by non-profit organizations: the stunning renovation at 2012 Fairmount Avenue was by Better Housing Coalition, and 909 North 24th Street was wonderfully renovated by Southside Community Development & Housing Corporation.

What struck me in rolling around for the updated photos is that, while there continue to be areas plagued by vacancy, this level of ragged decrepitness is almost non-existent. Also, the metamorphosis of Church Hill North along the S Street corridor is almost unbelievable.