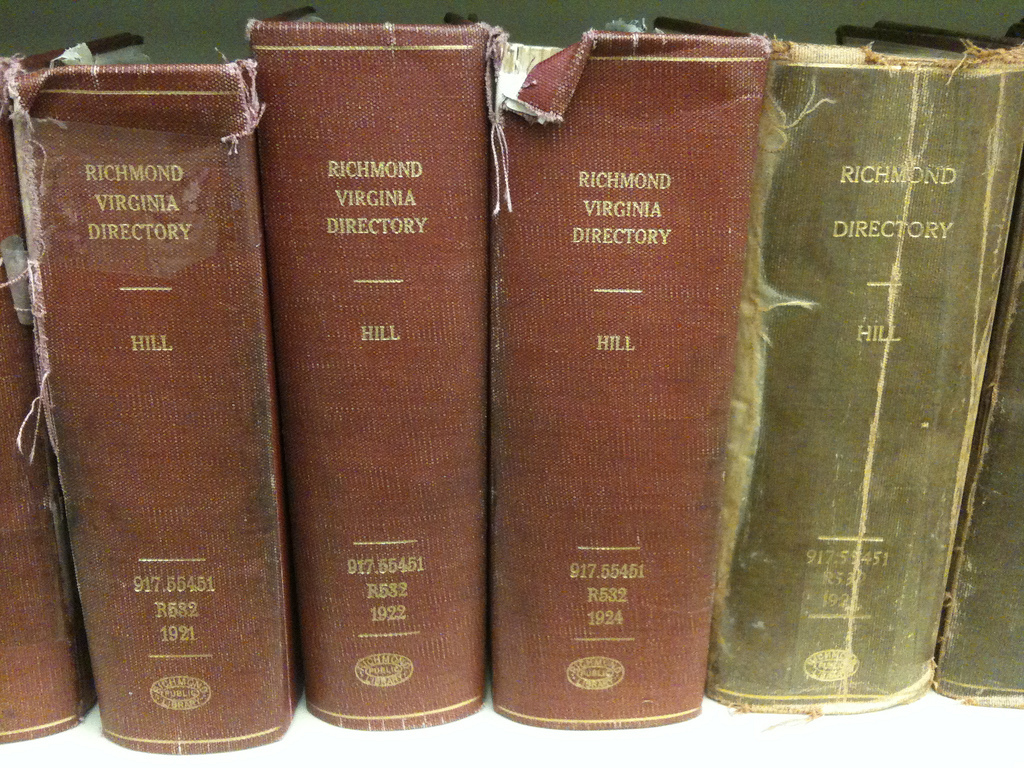 Who lived in your house?

The Hill Directories are a series of directories for a variety of cities with the residents listed by address and by last name (often with their employment). You can look up who lived in your house back in the day and then cross-reference to see their occupation.

In Richmond, there are directories available for Richmond and for the Richmond Suburbs (of Henrico and Chesterfield). Some places have put their directories online, but to see ours you have to go to the Main Library and crack open the big books up on the 2nd floor (or the microfiche if you want to get further back…).

Through the listings, it is possible to find out who lived at an address and their occupation. It is also possible to get a feel for the development/decline of houses and blocks. As the addresses are in numeric order, you can tell when addresses come online for specific blocks, or when specific houses went vacant or were demolished. Tracking the names down through the years can give a real sense of the history of the houses, people, and blocks. 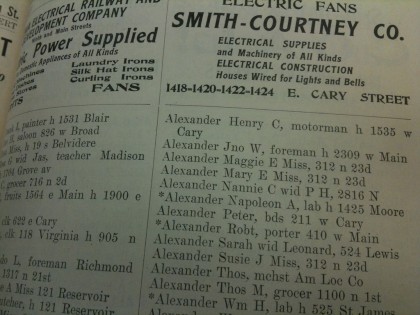 In 1898 two homes were added: 1205, listed as occupied by W.T. McCook, and mine at 1206, occupied by Charles Lucien Arnall. In the years before my house was built, the Arnalls lived at 1828 Carrington Street. Arnall was listed as being a roller-coverer; other Arnalls in the directory are listed as carpenters and as a tinner. 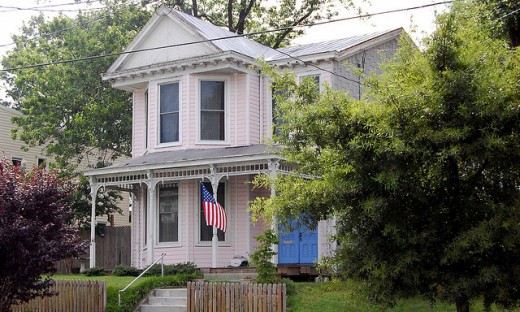 1206 house stayed in the Arnall family until the early 1920s. Ellen (Rosalie Confectionery) and Lucian M. Martin (carpenter) then lived in the house until the early 1940s, when it looks like Ellen Martin (widowed) took in the boarder Lillian Taylor (Consolidated Paper & Box Manufacturing).