nbc12 looks into the recent rash of package thefts:

Conrad isn’t the only one. Between August and November, fifteen similar larcenies were reported. The Richmond Police Department cracked the case thanks to a citizen tip. He saw one of the suspects take a package off the porch and open it, then he called police. 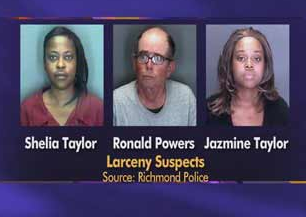