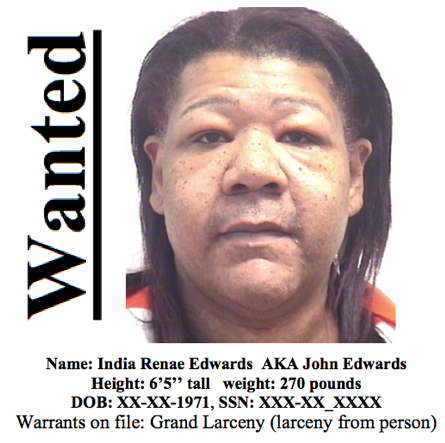 Sector 111 Report for May

Violent crime in April was reduced by 50%. We had 7 violent crimes compared to 14 last year. Robberies were down 8 to 5 and Aggravated Assaults were reduced from 4 to 2. 2 of the robberies were cleared by arrest. The other 3 robberies occurred on 4-24-2013. On page 3 you will see a person of interest in the last robbery that was reported for that day. Of the two Aggravated Assaults, one was cleared by arrest and the other matter is pending.

Property crime in April went from 54 last year to 50 this year, a reduction of –7%. Burglaries went from 6 to 9 while larcenies in general went from 41 to 35. Burglaries were the only category to increase significantly. There was some good news to come out of this category. Some alert neighbors were able to assist us in capturing a burglar that had broken into a house in the 2500 block of E. Leigh St. All though we captured one of the burglars there is still an accomplice that we are looking for.

The current trend in burglaries is that the suspects are kicking in the back door to gain entry. We need citizens to call the police when they see suspicious activity in the alleys and in their neighbors backyards. One of the burglaries that occurred was heard by a neighbor but that neighbor didn’t get out of bed to call. If you hear something suspicious in the middle of the night call us as well…

One other notable property crime to speak about was the theft of a wallet out of a purse in the 2900 block of Q Street. The offender in this should stand out. His name is India Edwards AKA John Ed- wards. He is 6’5” and weighs 270 lbs. At the time of the theft he was wearing a black flowing dress and some type of head wrap. I don’t make this stuff up.