After coming across the above photo from the outer wall of the RVA Street Art site, I went looking online and found four more images of the Marshall Street Viaduct from the Valentine Richmond History Center. 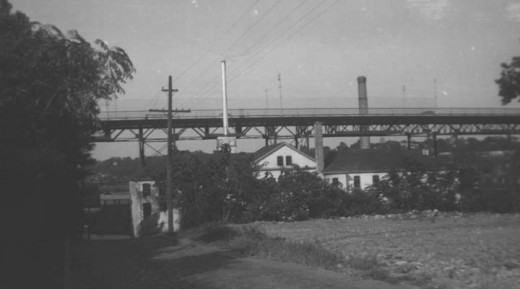 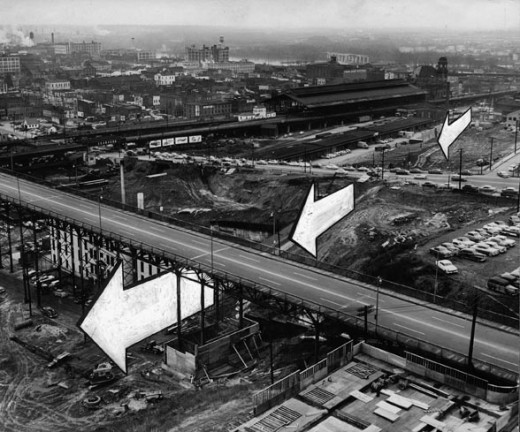 Richmond Newspapers, Inc. (March 10, 1957) / Black and white photograph of construction of the Richmond-Petersburg Turnpike; arrows have been drawn on the print to show the proposed pathway of the road under the Marshall Street viaduct; Main Street Station, warehouses and office buildings are visible in the background; the City Jail is visible under the viaduct. 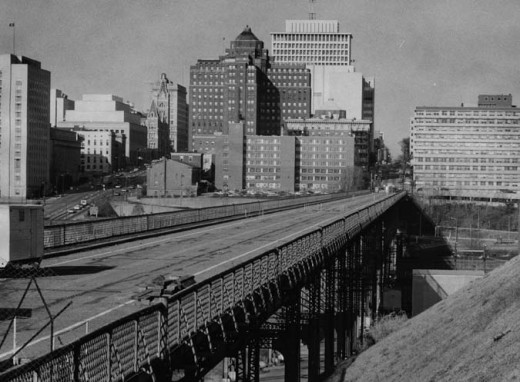