Bailey, Jewett, Todd seeking nod for Clerk of the Court

The next election scheduled for the city of Richmond will be a primary election on Tuesday, June 10, 2014. In some localities, candidates for Congressional races will be on the ballot. In our area, the only choice will be to select the Democratic candidate for the Richmond City Clerk of the Court.

The are three candidates competing for the Democratic slot on the November ballot:

My twenty plus years of professional experience has provided me with the leadership, knowledge of Virginia’s Rules, Statutes and Codes, Federal laws, collaborating with legal professionals across the country, management of federal funds, state funds, local funds and technology.

With 29 years of experience in the Clerk of Court’s office, I have sought to improve the services our office provides and take pride in the accomplishments we have achieved.

An attorney licensed to practice law in all state courts of Virginia; Melvin worked as an Assistant Public Defender for the City of Richmond before he established his current law
practice.

The Democratic primary for the Richmond City Clerk of the Court will likely decide who will next hold that position, though it appears that L.Shirley Harvey may be trying to get on the ballot in November. 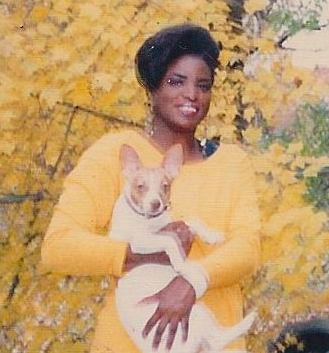 According to a 2011 article in the Times-Dispatch, “With 41 deputy clerks, the [Richmond City Clerk of the Court] performs various mandated functions, such as qualifying notaries and recording deeds, and helps judges by swearing-in witnesses, reading indictments and helping to impanel juries. The salary for the position is $132,270.”

The incumbent Democrats Senator Mark Warner and Congressman Bobby Scott do not face challengers in the primary and will appear on the ballot in November.

While there are no Republican candidates on the ballot up here, voters in parts of the city west of here will be able to choose between Eric I. Cantor and David A. Brat for the U.S. House of Representatives 7th Congressional District seat.

There are no Republican candidates for U.S.Senate on the ballot, as the Republican Party of Virginia will choose their challenger to Senator Warner at a convention in Roanoke in June. Robert Sarvis will be the Libertarian Party challenger to Warner in November.