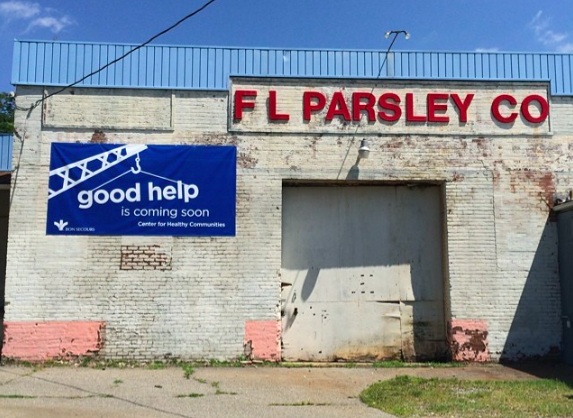 As a kickoff to the Church Hill North Better Block weekend on 25th Street, the East End Economic Development Summit hosted by Bon Secours at the Robinson Theater on Friday was a top-down progress update on economic development and revitalization in the East End.

The standing-room-only crowd of maybe 120 people, heavy with local luminaries from the government, business, civic, and nonprofit worlds, heard about ongoing and coming work in the area such as the renovated East End library, new and renovated homes, the SEED grants, sidewalks on 26th/27th/and S Streets, the new MLK Middle School, and the planned Bon Secours Center for Healthy Communities.

Mayor Dwight Jones said that his administration is “razor focused on moving Richmond forward with economic development”, calling the city’s 26% poverty rate “unacceptable”. Jones highlighted the redevelopment of the Creighton Court community, calling it “the largest project in the city pipeline” and “a transformation that benefits residents and their neighbors […] to help families reach true economic sufficiency.”

Cynthia Newbille (“It’s a great day in the district”) cited in particular the progress of the ongoing Chimborazo IB process, which she says should be in place in May 2015.

Bon Secours’ Peter J. Bernard said that Bon Secours is only a few years into what is a 25 year timeline in the organization’s commitment to the revitalization of the East End, with the coming Bon Secours Center for Healthy Communities on Nine Mile a huge next step. Construction should begin later this year at the former site of F.L.Parsley Co gas station. 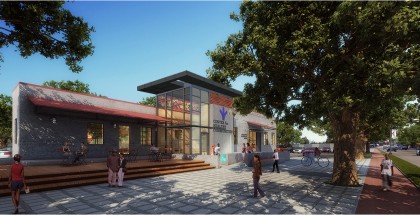 If you’re not inclined to listen to the almost 2 hours of video, check out the 10 minutes from Mayor Jones in the first video for a good overview. If you’ve got a bit more time, check out Cynthia Newbille or Jason Roberts from The Better Block starting about 15 minutes into video #4.