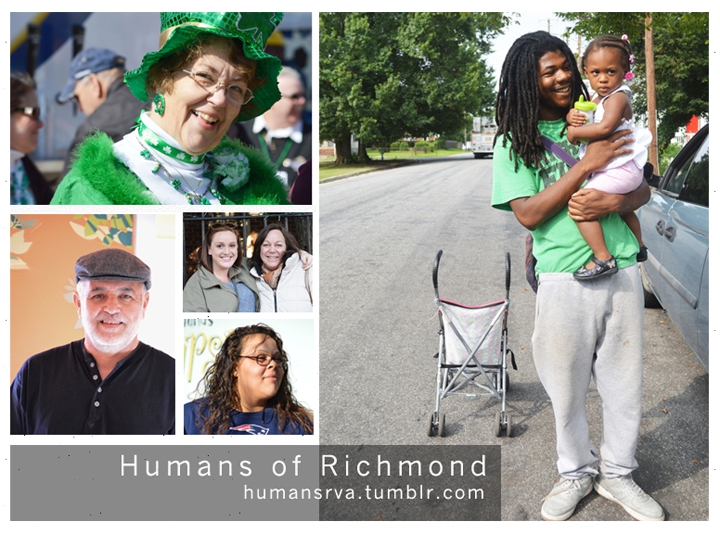 Catherine Komp has a neat profile of Cheyenne Varner and Cheleah Jackson’s Humans of Richmond on WCVE this morning:

Jackson and Varner started the project in August 2014, both inspired by Humans of New York.

Varner: It was really engaging and it was naturally engaging. Other people started talking about it, I started asking, “Have you heard of this?” And other people were saying, “Yeah, I saw that. It’s neat.” I just loved how it really humanized people.