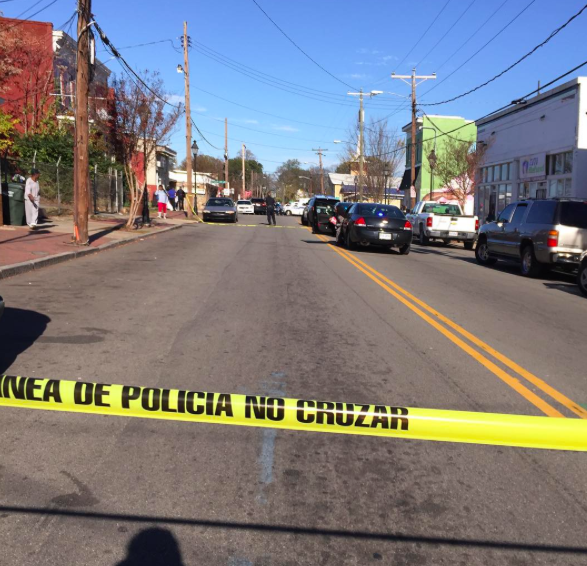 A gunman shot a hostage in the head and was then shot by Richmond Police officers following an afternoon police pursuit that raced in and out of several city neighborhoods. Both the hostage and gunman were rushed to the hospital where they were treated for life-threatening injuries.

The situation unfolded at about 12:30 p.m. Monday when the gunman approached two people at the B&P gas station located along the 2600 block of East Main Street in Richmond and asked them for money.

When the victims replied they had no money to give, the gunman forced the victims back into their vehicle at gunpoint and ordered them to take him to a bank, Richmond Police Chief Alfred Durham said.

Still nothing official on what happened, but the narrative on the street is that a car chase ended at 25th and R Street, with 2 men being shot by the police. Word has it that at least one of the men in the car either refused to get out of the car and/or was going for a weapon. None of this has been confirmed, just sharing what is being said.

There was at least one ambulance at the scene.

I’ve been to a fair number of shooting scenes over the years, but I’ve never been to one like this. 25th is taped off north from Q Street to at least R Street and there are what seem like every police officer in the 1st Precinct. There are officers in fatigues, and a helicopter and airplane in the sky.