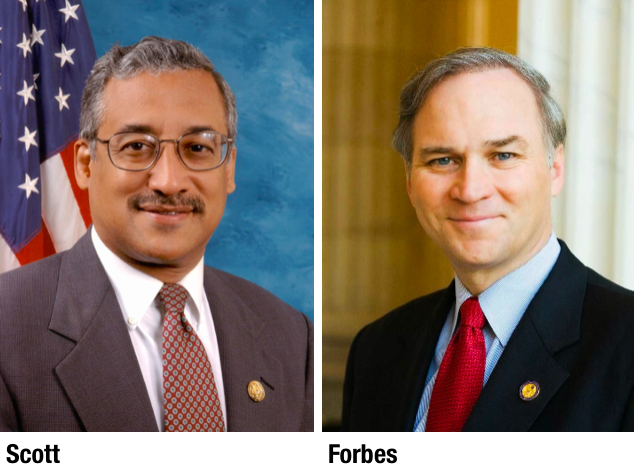 Proposed redistricting would switch Richmond to Forbes from Scott

Virginia Public Access Project (VPAP) has posted maps [1][2] of Virginia’s congressional districts that were redrawn by a redistricting expert appointed by federal judges. Whether or not one of these two maps becomes law depends upon the outcome of a U.S. Supreme Court review of the lower court’s 2-1 finding that the state’s 3rd congressional district was an unconstitutional racial gerrymander.

According to the Virginia-Pilot, the changes would make both district more racially balanced and politically competitive:

The state’s 3rd Congressional District – now represented by Scott – would no longer be a black-majority district as the percentage of black voters would shrink from 56 percent to 42 or 45 percent. Meanwhile the 4th District, represented by Forbes, would see its white majority drop from 63 percent of voters to just under 54 percent to allow greater clout for black voters. 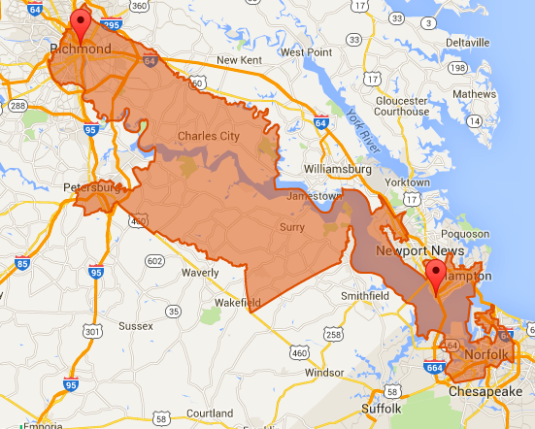 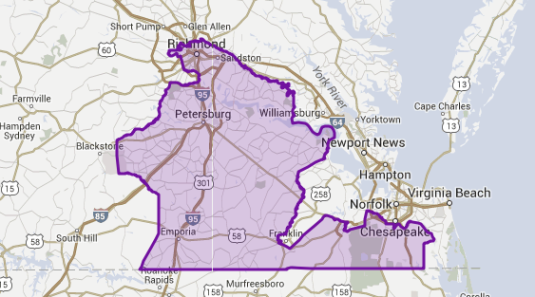 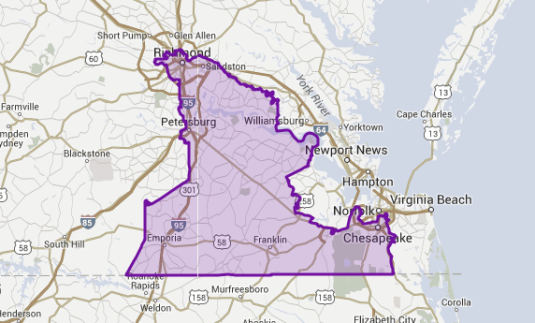