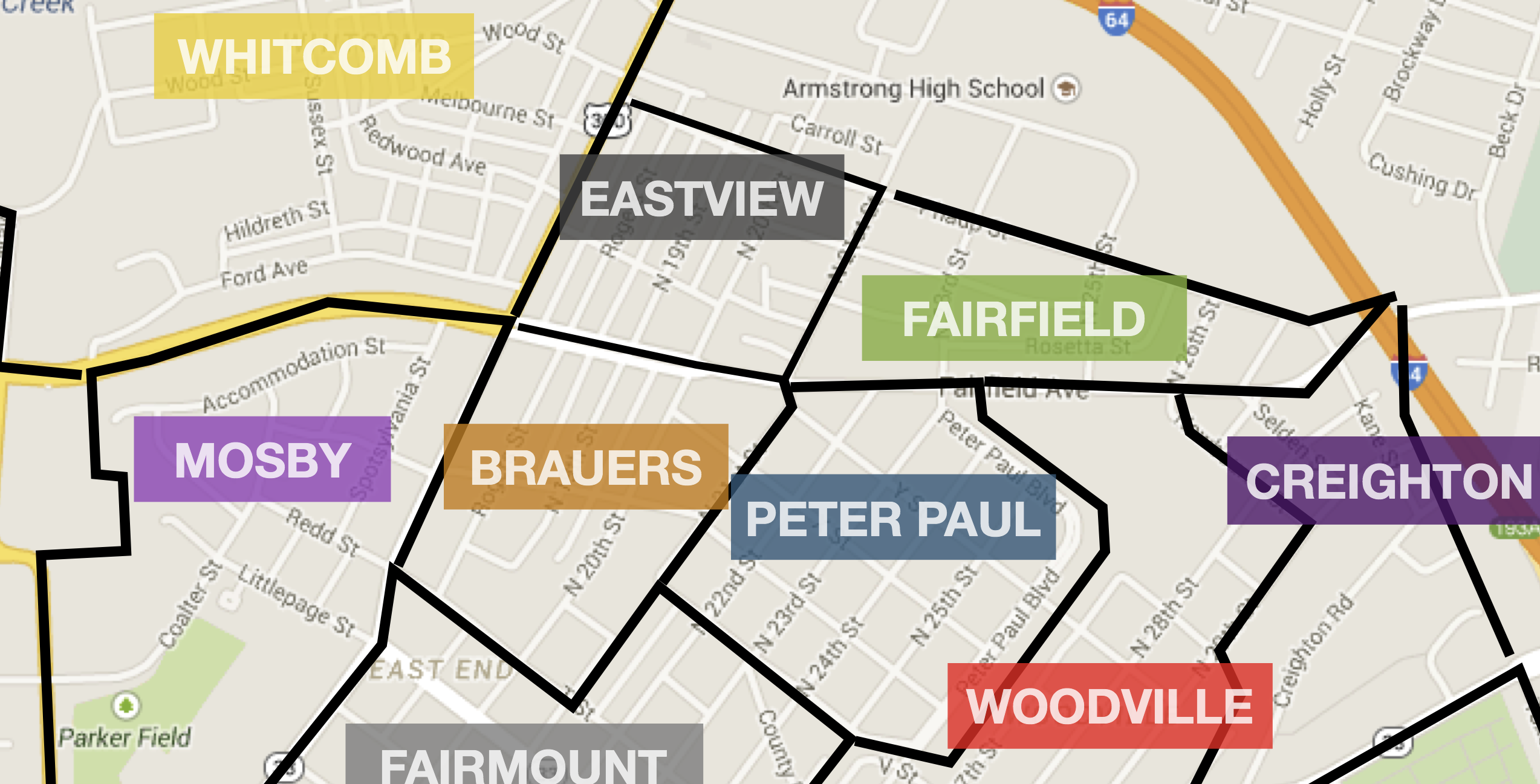 Hello, my name is Will Hall, and I’m an 35-year-old, African-American male. I’ve been a resident of the East End/Church Hill my entire life. I’ve been a frequent visitor to this website for a little over a year, and I enjoy the in-depth articles because they’re very informative, plus, this website does a very good job of keeping readers up-to-date regarding current news, and events that’s taking place in Church Hill.

I’m a small-business owner, and my spouse and I have a home in the Eastview community. We’re law abiding citizens, and I help her raise three daughters, but my life wasn’t always so “white-picket-fenced.” I used to live in Whitcomb Court, my spouse used to live in Gilpin and Whitcomb, but we eventually combined our resources and decided that we wanted better. In my early teenage years, I was in-and-out of juvenile detention, adult jails, and I even made my way to adult prison.

To be blunt, crime isn’t anything new to the East End. I was a young adult male when Richmond had 161, and 93 murders a year. I vividly remember those days, because I was a part of it and I saw what was going on. It’s no surprise to me that those same things are happening today, just on a smaller scale.

I don’t know the origins of why there’s so much crime in the East End, but I’m going to deal with the root problem, which is lack of love in the home. This problem is generational, and the youth in this area -mainly African-American – are “born into poverty”, the equivalent of someone being “born” into riches.

In the late 1980s, leading into the year 1990 – when I was the ripe old age of 10 – I saw a lot of crime and heavy drug addiction that plagued the Church Hill community.

I’ve read articles and reports about the conduct and misbehavior of the students at MLK Middle School. Well, why is this such a big issue now? I went to that school in 1990 when it was called Mosby Middle School, and every day there were student fights and student misconduct. Everyday!

My father refused to work at the time, because he was so worried that someone was going to beat me up after school. He would pick me up from school everyday. He even told me that the students at Mosby liked to pick fights when he attended it in the 1970’s.

What’s also been going on for years, and what I label as a generational cycle, is the repeated pattern of broken, fatherless homes that exist, and have existed within the East End for years. If you talk to most of the young, African-American women who currently live in these RRHA communities, most of them have one or more children, and over 65% of the time, the father isn’t there; don’t quote me on the 65%, because that percentage may be higher.

Now, I’m not going to put all of the blame on the men, because a lot of the mothers in these communities aren’t any better. Not all, but some of the women don’t work, abuse drugs, abuse prescription pills, and they don’t want to work because they’re afraid to lose their government benefits – food stamps, welfare, SSI, subsidized housing, etc.

From my experience, when money does come into these communities, the money is wasted on expensive cell phones, hair weaves, and overpriced sneakers. Most of the mothers claim that they love their children, but from what I’ve seen, their’s no discipline, and there is a total disregard for authority, and nobody is held accountable for their child’s behavior; this is why you have the generational cycle of misconduct that takes place at MLK middle.

Most of the mothers and fathers are uneducated, so they can’t help their children with school assignments, so due to a lack of interest in school, they drop out, and become pregnant. Most of the young boys go to juvenile detention, jail, then prison (refer to my history in paragraph 3). Also, when the young girl becomes pregnant, she applies for the same government assistance that her mother had, and she begins to follow in the same footsteps as her mother. Regarding the young boys/father, he leaves the child, because he isn’t equipped to be a father, plus, because his father wasn’t involved in his life, and as a result, the generational cycle repeats itself.

This also creates an environment where the children in this community feel unloved, so the young girls develop an outlet by searching for love in young men, that’s why there are so many pregnancies in the East End. The young men feel the same way, because the home that they grew up in was divided, there wasn’t any love there, so they look for unity and love in gangs, etc.

I’ve had gang members in the East End of Richmond tell me this personally, and they also told me that the “O.G.” of the gang is like a father figure to them (an O.G. is an elder of a gang). Now, since most of the young men don’t have fathers, and since they’re raised in broken, unstable homes, they join gangs, or neighborhood cliques, where’s they’re young men their age whom they can relate too. A lot of the children at MLK and Armstrong lash out and act out in school because their looking for attention, due to the frustration of not receiving the necessary love and support at home from parents who are innately supposed to love them.

Now, I don’t know why there are so many unlicensed guns in Church Hill, or how they make it into this community. I do for a fact that they’re there, and that these guns aren’t licensed to anyone. I don’t know how they’re getting into the hands of the young black men in the East End, but their there and there’s more than what someone who is new to Church Hill thinks, or what statistics state (remember, I’m speaking from personal experience).

Also, I don’t know why there’s an abundance of drugs in the East End, but I do know for a fact that illegal guns and unlicensed guns are easy to get, and that has always remained a enigma to me. I’m not going to get into any conspiracy theories, but it’s no coincidence that the Richmond city jail has always stood withing 10 minutes of each RRHA housing community. As, I stated, it’s a mystery to me on how so many unlicensed, untraceable guns and drugs makes it’s way into the East End, but I’m not naive to the fact that the criminal justice system has profited from the ignorance of African-Americans for years in the East End, and the city of Richmond as a whole.

I’m not involved in crime anymore, but as I mentioned, I’ve been to juvenile detention, jail and prison, and I don’t see how these correctional institutions have changed anyone’s behavior – I just see them as a tool for profit, and the city has taken advantage of that. Why do you think that the mayor was so quick to invest a put up that new jail?

Now, don’t take this article out of context, because their are a lot of residents in the East End/Church Hill who eventually progress out of these RRHA communities, but this article is referencing those who lack ambition, and are a cancer to the community. Their are a lot of African-American men who work, are productive, and take care of their families. You also have alot of men in the East End who are convicted felons who want to work, but can’t because of lack of opportunities in the job market in the city, which I see is slowly changing now.

There is a lot more that I can cover and discuss, but I wanted to address the root problem of crime, which is something generational that has plagued the East End for years, and why the thinking hasn’t changed. This intentions of this article aren’t to offended anyone, because I know it will, but until the root problems of the East End, Church Hill, RRHA, aren’t addressed, then this cycle will continues to last for more generations to come.

If you have anymore questions you can contact me at browntee320@yahoo.com