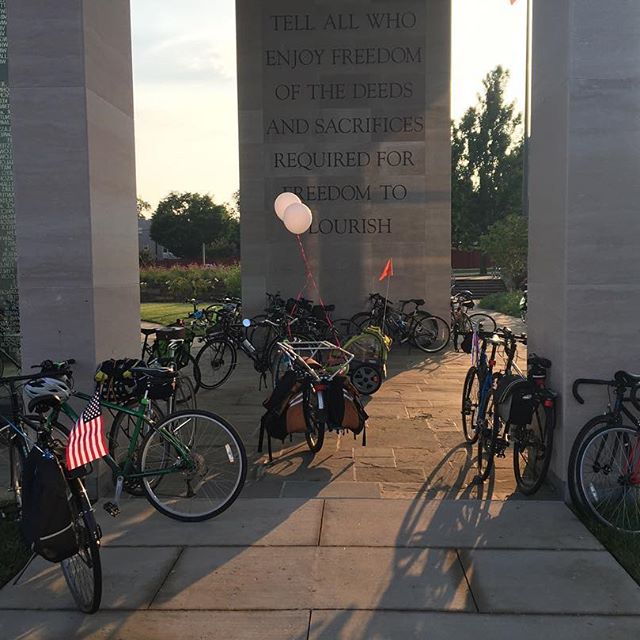 Breakaway RVA is a good ride for everyone

I rode the East End leg of last night’s Breakaway RVA group bike ride, and it was kind of awesome. The simple idea of Breakaway RVA is to “get tons of people out on the road at one time – being safe, obeying traffic laws, loving biking – all while having fun”.

Maybe 15 of us met at Libby Hill Park at 6:30 PM, our area’s meet-up spot for this month’s ride. Two of the group were toddlers, one on a bike seat and another in a pull-behind tailer.

We wound down to Dock Street, along the Canal Walk, and up to the Virginia War Memorial across from Oregon Hill. It was safe and easy, except for that hill coming up from Tredegar. It was a ride that everyone could be a part of.

At the memorial, we were joined by similar groups coming from across the city – I would guess that there were easily more than 100 cyclists gathered. After a short presentation and some photos, it looks a good portion of the group continued out to Ardent in Scott’s Addition.

If this appeals to you at all, get your bike and come out next month.