WRIC8 is reporting a fatal shooting on Nine Mile Road:

Police say they responded to a report of a person shot in the 2800 block of Nine Mile Road at around 2 a.m. When officers arrived, they found a victim suffering from a gunshot wound who was pronounced dead at the scene. 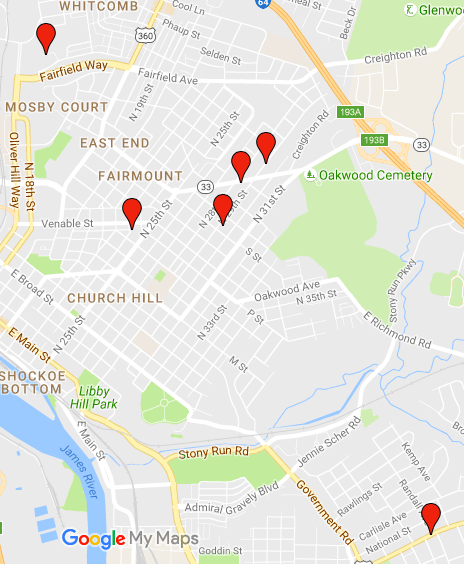