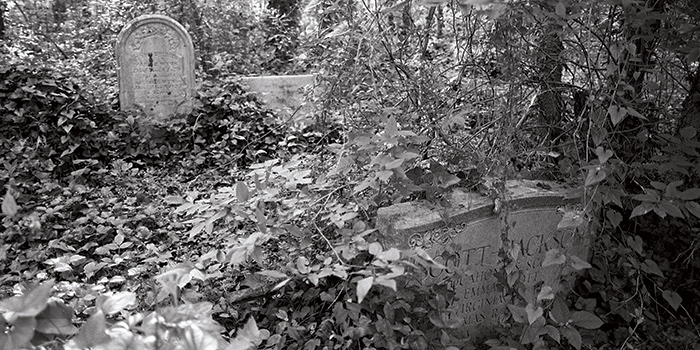 Randall Keenan has a beautiful piece in the August/September issue of Garden & Gun on the history of Evergreen Cemetery and the work to reclaim the hallowed ground:

For more than thirty years African Americans were interred here, the prominent—eminent ministers, doctors, lawyers, successful businessmen, and their families—and the not-so-prominent. But something went sadly wrong. Neglect set in sometime after the Crash of 1929 and the onset of the Great Depression. Burials continued for a while, but the graveyard slowly disappeared into the forest. Nobody knows exactly how many people are buried here. Some estimates run as high as sixty thousand graves in Evergreen alone.