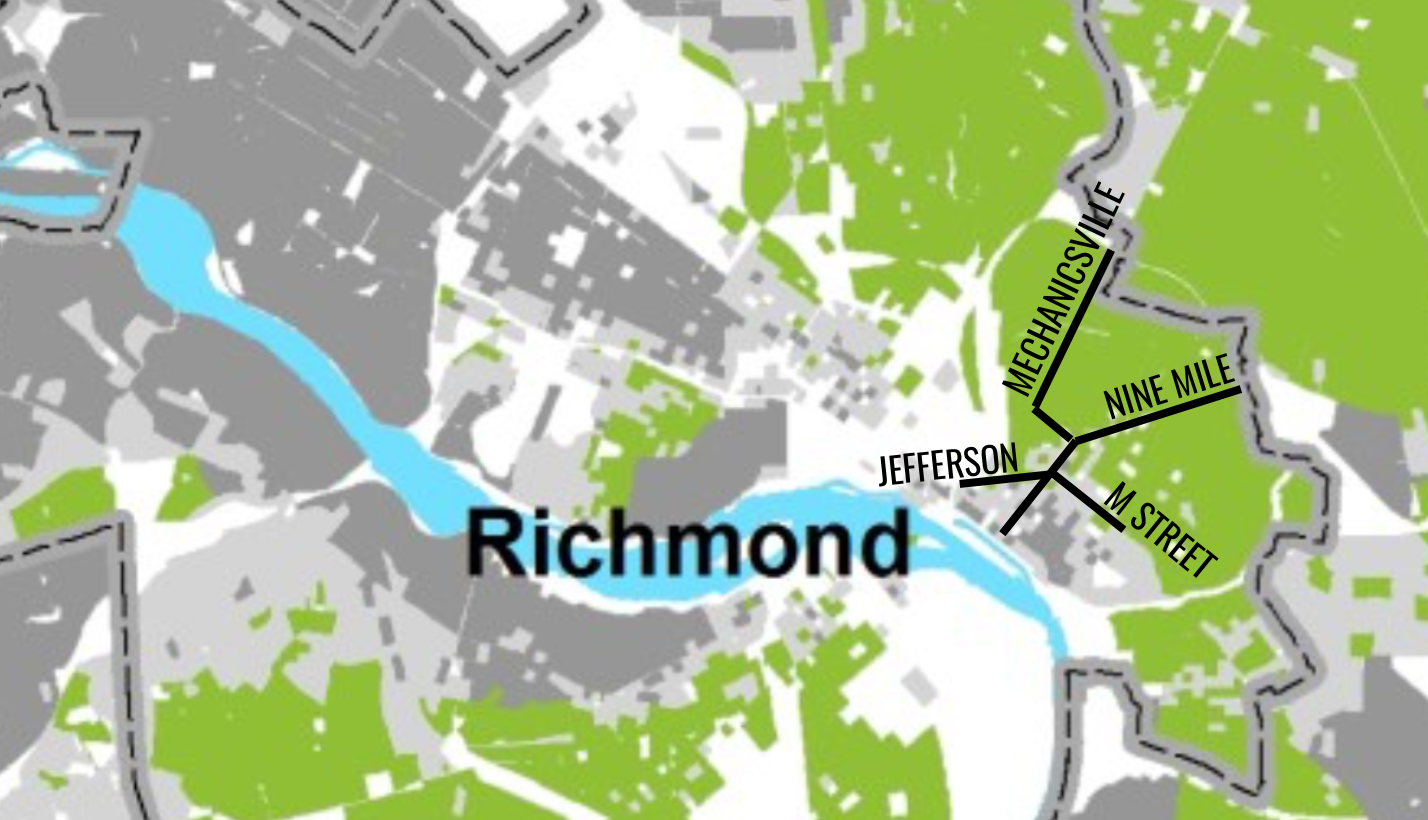 The ongoing segregation of our communities

As HOME’s director of research, Brian Koziol is intimately familiar with the forces behind these divisions and their cyclical impact on the area’s entire population. “Two-thirds of everybody in our region live in a segregated community, either white or minority. And that’s problematic for all of us,” he notes.

HOME’s maps show us how generations have been impacted – and continue to be impacted – by inequitable policies and unjust institutional practices. Building upon the history HOME explored in a 2012 exhibit, called Mapping RVA, which detailed the role that financial and government agencies have played in molding the residential landscape we know today, this latest mapping project further investigates the variables that continue to shape our neighborhoods. In the process, Excluded Communities reminds us that it’s no accident that residential areas of Greater Richmond remain largely homogenous.

I’ve marked a few landmark streets on the first map below for reference. 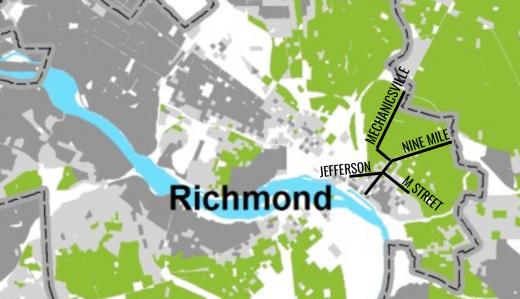 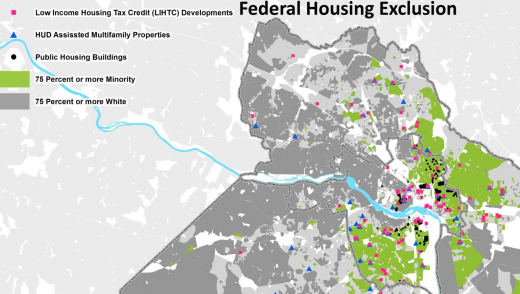 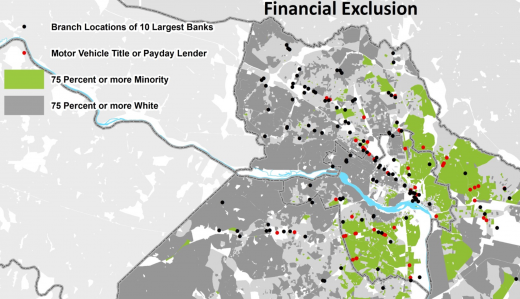 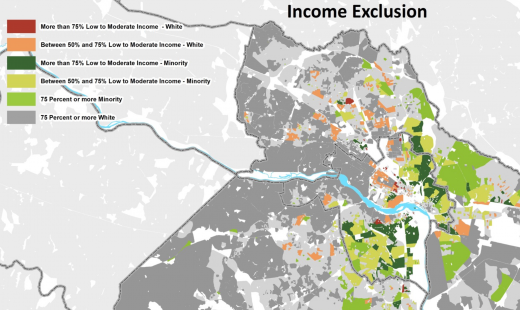 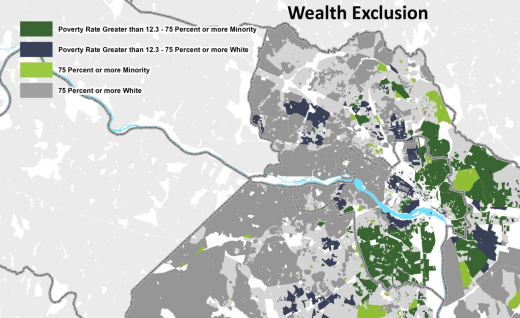