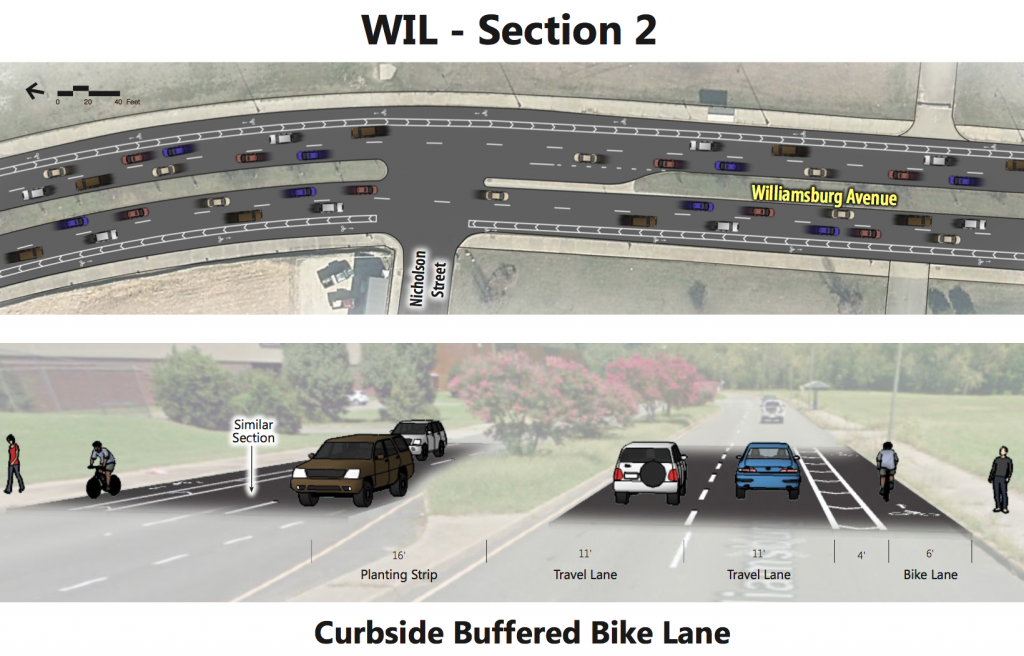 Bike lanes still in the works for later this year

The city’s page for Pedestrian, Bicycling, and Trails has the exciting word that “25 miles of buffered [bike] lanes coming summer 2017.” It’s summer – where are my bike lanes, yo?

Richmond’s Pedestrian, Bicycle and Trails Coordinator Jakob Helmboldt says that the first of those projects will start by September. The remainder are “being fleshed out with more details based on community feedback” and will see implementation on a rolling basis. Locally this includes lanes for Government Road and Williamsburg Road.

Review for the planned Franklin Street cycletrack from Monroe Park to the Capital is close to wrapping up and it will soon go out for construction bids, Helmboldt says. The timeline on this one is bumping up against the colder months when pavement markings can’t be done, and will either happen this fall or next spring.

Helmboldt didn’t have much say about the years-in-works bike share program other than “you should be hearing something official soon.” The bike share was hoped to be at least partially launched in time for the 2015 UCI Road World Championships.