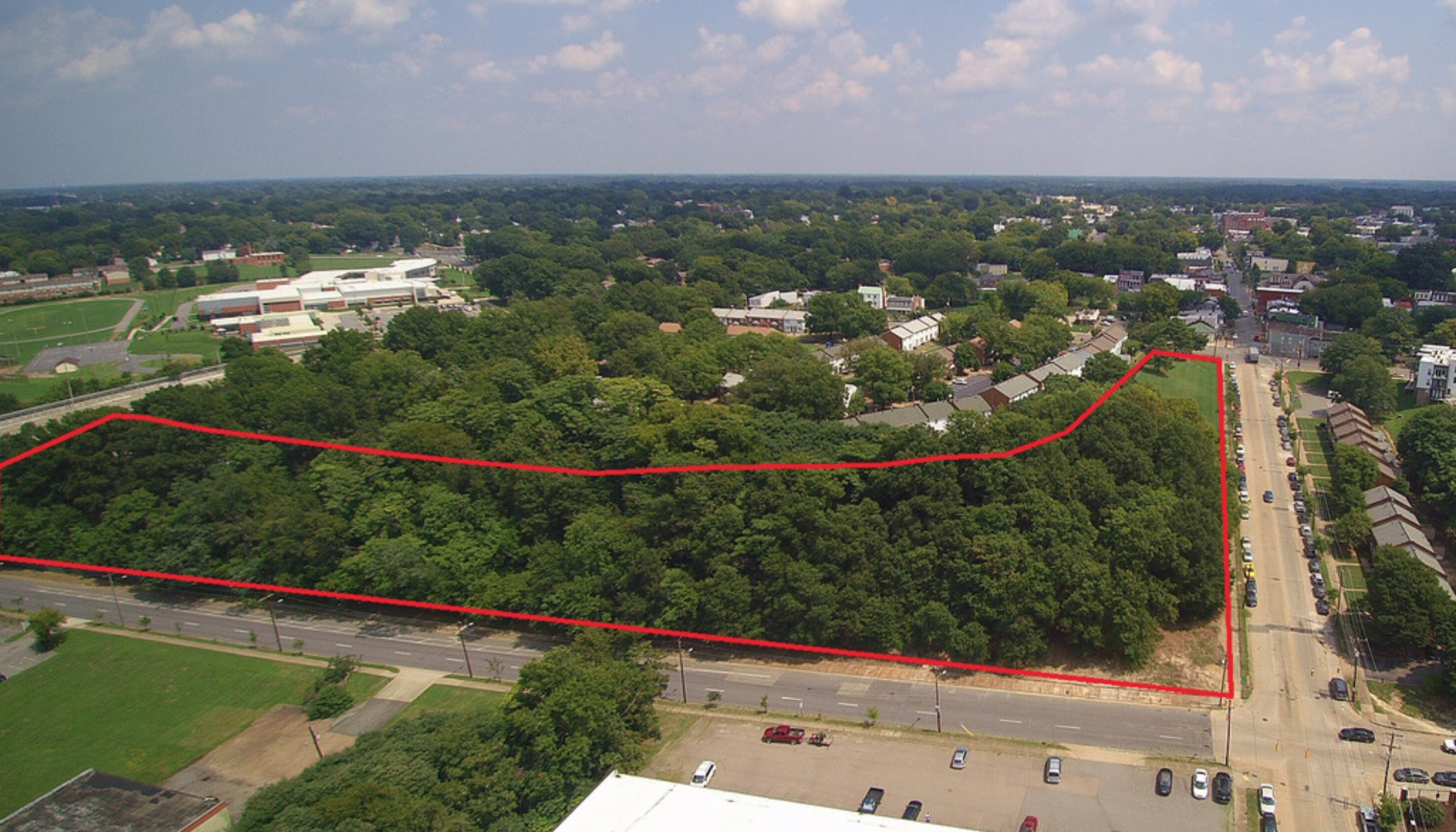 One of the last large tracts available for development in the City, this property is ideally situated between thriving Union Hill and bustling Shockoe Bottom. This 3.627 acres boasts stellar views of the downtown skyline and would make a perfect site for high-end rowhouses or a large scale mixed-use development or both! The downhill portion of the site is zoned B-5 and allows for townhouses, multifamily, office, commercial, etc. Preliminary architectural studies show that the site can easily accommodate 200+ units that would have premier views and access to downtown and VCU Medical Center. The uphill portion of the site is zoned R-53 and allows for townhouses and duplexes.