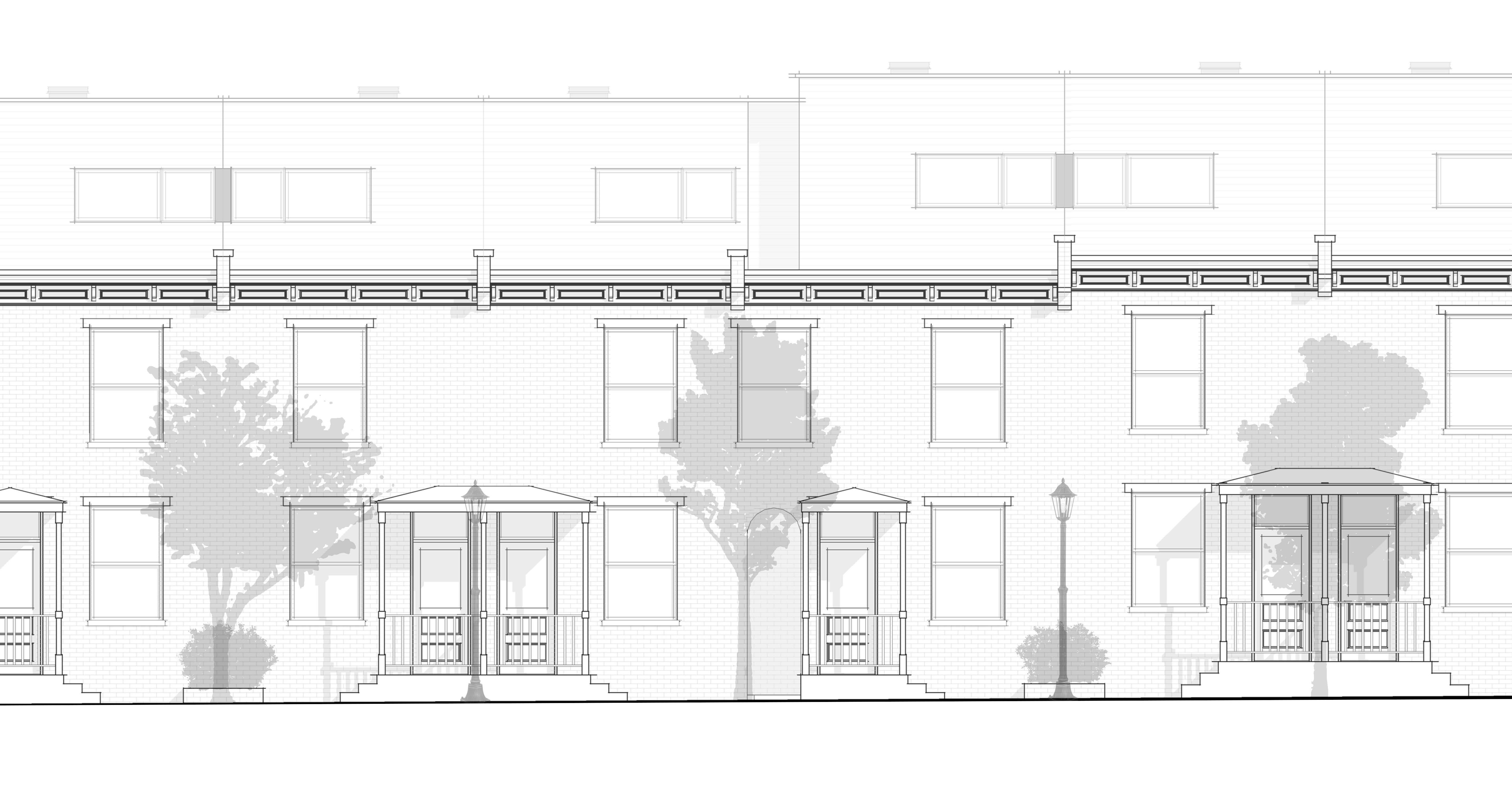 Development back on track for O Street

First announced in June of 2014 and later derailed for a bit, the O Street redevelopment between 25th and 26th is now back on track for this coming summer. John & Bénédicte Whitworth are the developers, with architecture firm Architecture AF and contractor UrbanCore taking on the heavy lifting.

Press release on O Street from Andrea Levine of One South Realty Group:

Encompassing an entire block of O Street between 25th and 26th Streets, these townhomes are the newest development in the burgeoning Church Hill neighborhood. The O Street townhomes will combine the best of Richmond’s history with contemporary space planning and modern amenities. A new, ground up build bookends the existing seven meticulously restored and enlarged homes.

The townhomes, built in 1874, reflect Richmond’s history and Church Hill’s artisanal past. Developed by James Netherwood, the block was home to stone carvers, brick masons, engineers, lithographers, painters and a book binder. Netherwood – one of the largest granite suppliers on the East Coast – supplied the granite for Old City Hall, the Mann Netherwood block in historic Church Hill, and many of the statuary pedestals found throughout Richmond.

Completion is scheduled for early Summer 2018.