Richmond Police detectives are asking for the public’s help to identify two suspects in the video (sent separately) and photos who are suspects in a burglary that occurred last week in Union Hill.

Surveillance video shows that at 8:55 p.m. on Thursday, Nov. 23 at an apartment complex located in the 1900 block of Cedar Street, a black adult male with medium length dreadlocks and an adult female with short, dark hair followed a tenant into the building. The tenant then gave the two suspects access to a mailroom where several packages were stored. It is believed the tenant may have believed the suspects were also tenants of the building. 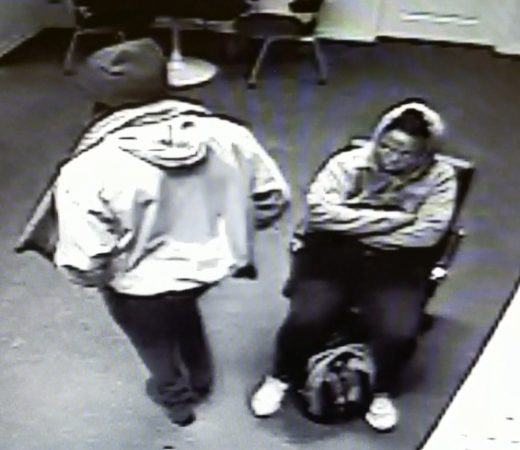