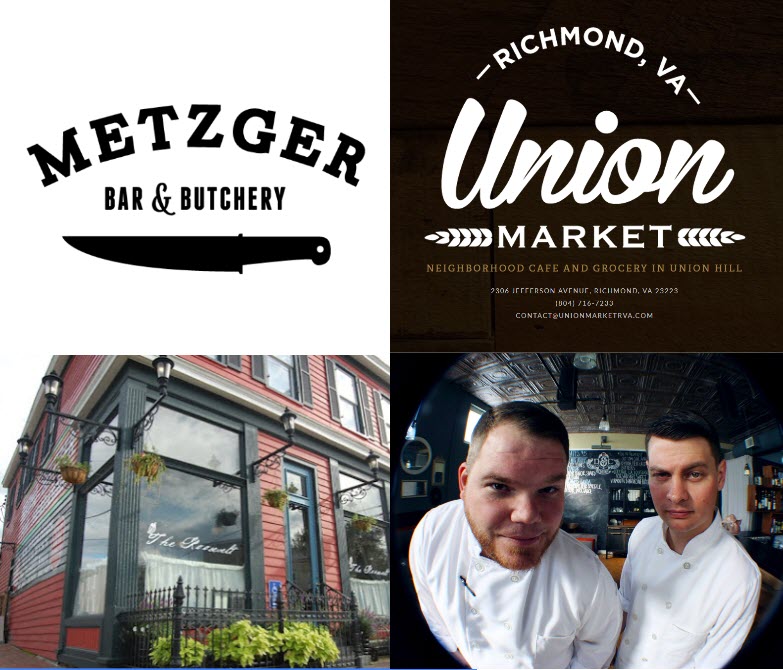 Once again local restaurants rake in the Elby nominations

The Seventh Annual Elby Awards will recognize a winner from every category, each with four nominees, all chosen by more than 40 industry professionals, Richmond region food writers, culinary instructors and food society members. (A tie in nominations resulted in five nominees within a given category.) Elby winners will be selected by judges who were not involved with the nomination process and are from outside the Richmond region.

The Roosevelt, Dutch & Co., and Metzger Bar & Butchery have been nominated for “Restaurant of the Year”, along with Dinamo, Heritage, and Lehja.

The Roosevelt has also been nominated for best “Beverage Program of the Year” alongside Brenner Pass, Secco Wine Bar, The Rogue Gentlemen, and Saison.

Lee Gregory (The Roosevelt / Southbound), Brittany Anderson (Metzger Bar & Butchery / Brenner Pass), and Church Hill’s own Jason Alley (Comfort / Pasture / Flora) are up for “Chef of the Year”, as are Walter Bundy of Shagbark and Joe Sparatta of Heritage.

Union Market has been nominated for “Grab-and-go Food” alongside 8 1/2, Mean Bird, The Naked Onion and Sugar’s Crab Shack.

The awards ceremony for the Richmond’s restaurant scene will be Sunday, Feb. 18, 2018, at the Train Shed at Main Street Station. Doors open at 6:30 p.m.