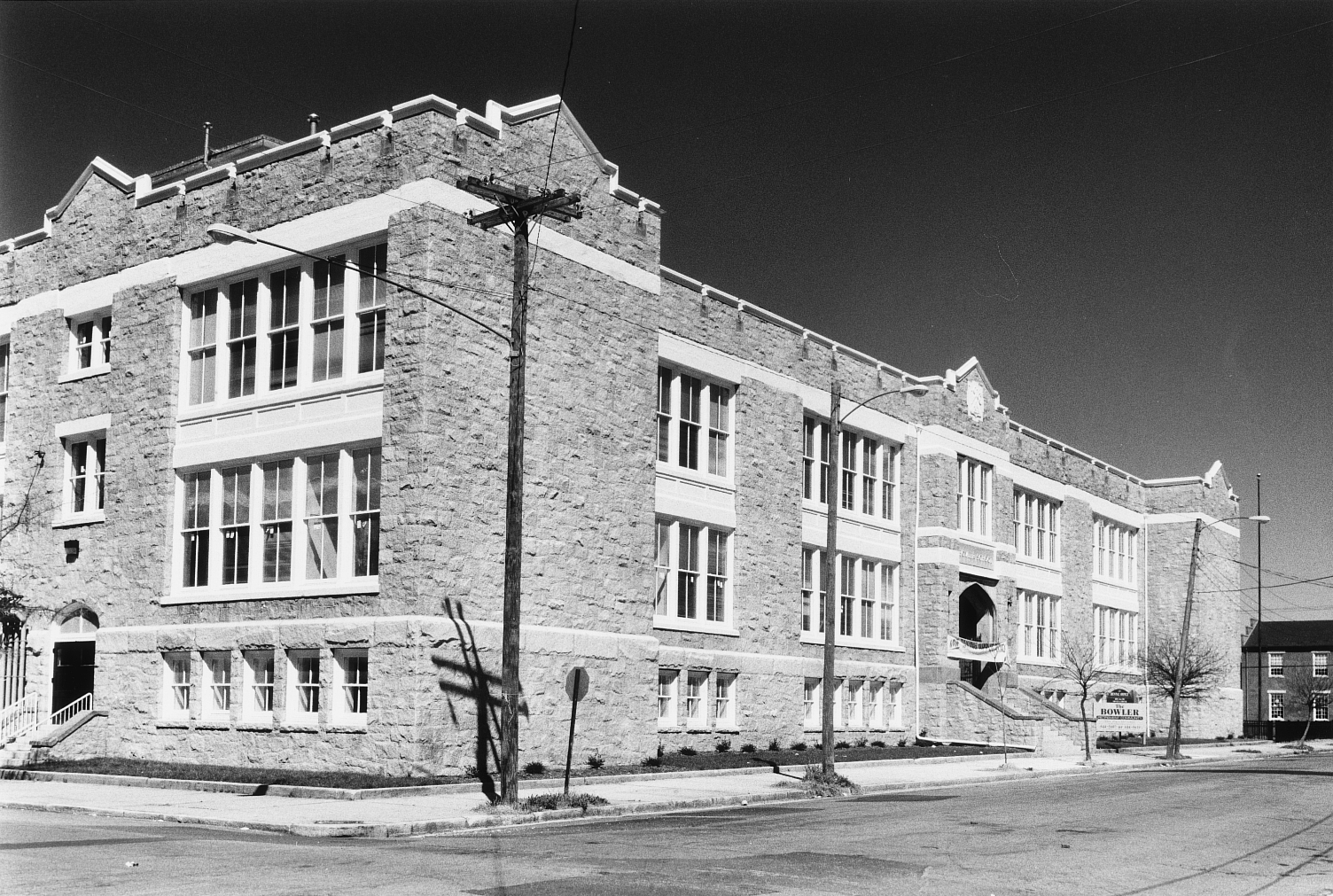 A history of the Springfield School

The Springfield School was constructed at 608 North 26th Street in 1913, replacing an earlier school constructed in 1880 on the same site.

As early as 1869 a two-room school was operating on this site in a rented building known as Springfield Hall. In 1880 a new brick school, also named Springfield, was constructed on the site. In 1913 the school was demolished and the present buiiding constructed in its place.

In 1948, the Springfield School was renamed for J. Andrew Bowler, a highly respected civic leader and teacher (East End/George Mason), when it became the first former white school on Church Hill to receive black students.

Bowler was discontinued as an elementary school in 1972. From 1972-75, it operated as a middle school, housing the sixth grade of East End. In 1975, the students were relocated to East End-Bacon.

Bowler housed the Bellevue program in 1975-77, while that building was undergoing renovation.

Bowler was declared surplus to the city, June 30, 1979. It was used by R-CAP for a number of years, and is now home to the Bowler Retirement Community.

The Springfield School is associated with an important period in the history of public education in Richmond. Between 1870, when the Board of Public Instruction launched its initial acquisition and development program, and 1909, capital outlay for school construction was modest. In 1909, Dr. J.A.C. Chandler was named Superintendent of Richmond Public Schools. Dr. Chandler soon initiated an ambitious construction program which was overseen by Public School Architect Charles M. Robinson. Over the next twenty years most of the extant historic school buildings in Richmond were constructed. The Depression of the 1930s and World War II effectively ended this phase of school construction in Richmond. Not until after the war were schools constructed on a scale comparable to the 1909-1929 period.

The Springfield School was designed by Carneal and Johnston, Architects and Engineers, of Richmond, a locally significant architectural firm. William Leigh Carneal, a native of Richmond, designed numerous buildings in the city. In addition to the Springfield School, he designed the Nathaniel Bacon School and the Virginia State Library on Capitol Square. He was also associated with the design of several buildings at Virginia Military Institute and Virginia Polytechnic Institute.

The Springfield School was constructed of locally quarried stone by the Wise Granite Company of Richmond. It is a relatively rare example of the use of granite within the city of Richmond, where brick has been the most common masonry material. It is one of only two extant public schools in Richmond extensively faced with granite.

The text above is almost entirely sourced from the registration form from the Springfield School application to the National Register of Historic Places (PDF), with additional information from Richmond Public Schools’ A Mini History: Bits & Pieces. The original application, dated October 1991, was put together by Paul L. Weaver of Historic Property Associates.