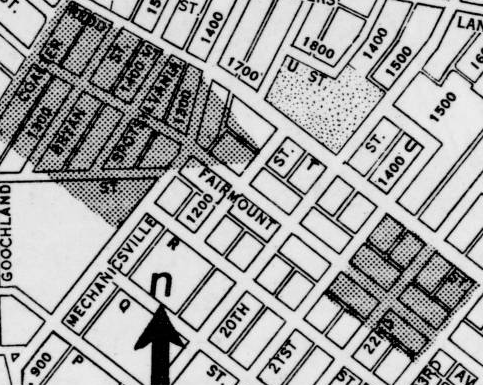 The Grove was originally a popular Richmond picnic-recreation area. It was taken over by the Confederacy at the outbreak of the War as a drill and bivouac point for the first incoming troops to arrive in Richmond. Converted into a hospital area by the construction of buildings for ward and utility purposes and opened in June 1862. Occupied area now confined by the City streets of Mechanicsville Turnpike in the east, Coalter street in the west, Redd Street on the north, and Q Street (extended) on the south; and having an extension east of Mechanicsville Turnpike to 19th Street with T Street on the north and Fairmount Avenue on the south. An annex was located between 21st and 23rd Streets, T Street, and the ally south of Fairmount Avenue. Having a capacity of 659 in December of 1862. It was quickly expanded to over 1800. Employees averaged 85. A portion was set aside for the isolation of smallpox cases, both military and local civilians. It had its own laundry, bakery, storehouses, water supply, recreational facilities. 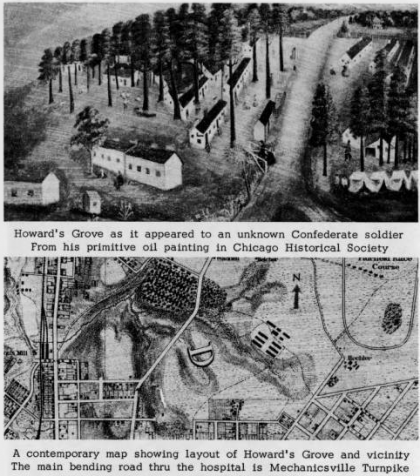 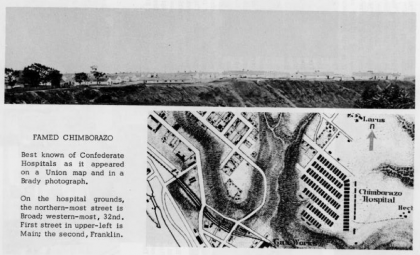