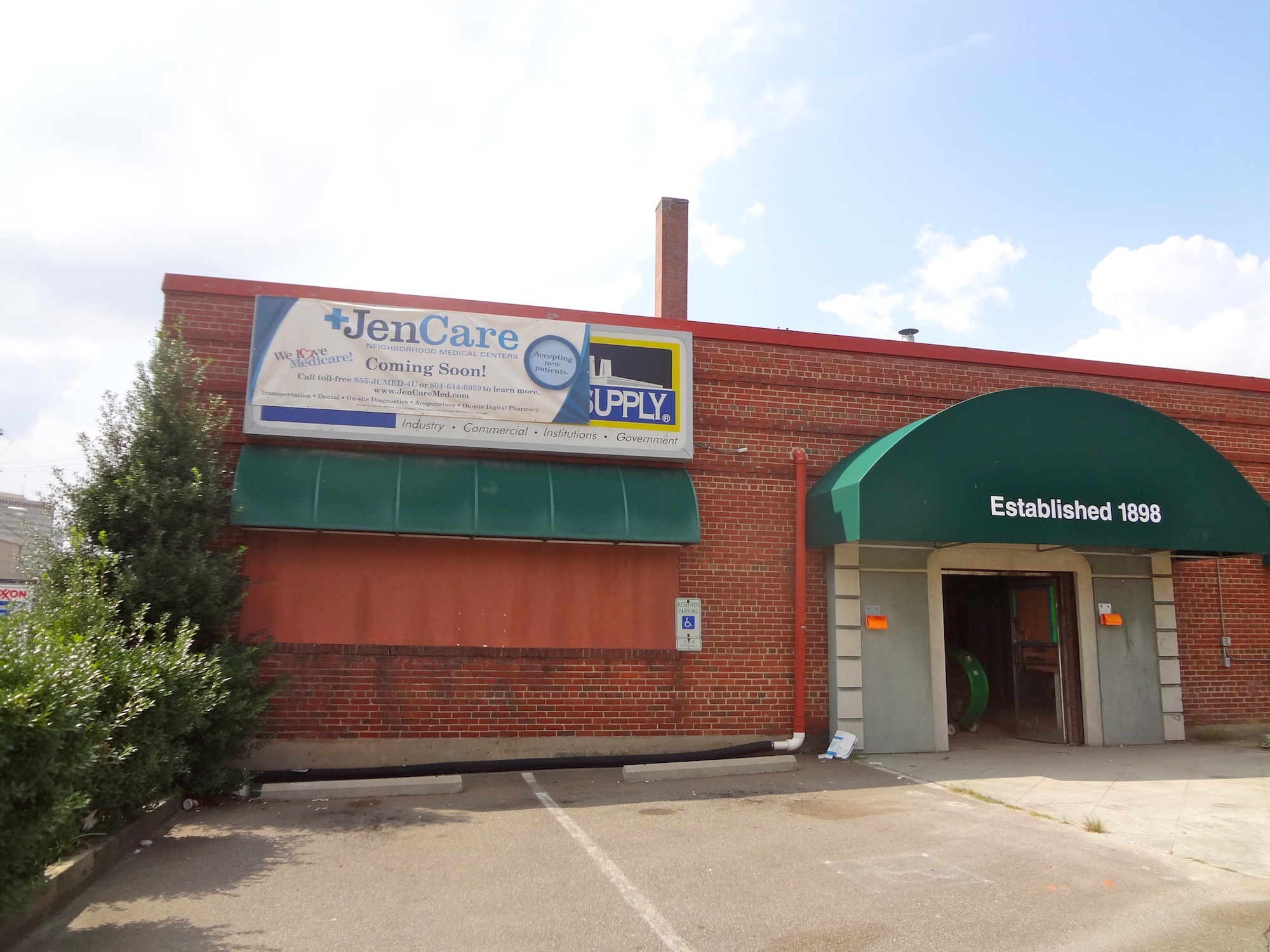 JenCareMed has a sign on the old Harper Hardware, advertising their intent to open a neighborhood medical center, described more specifically as “senior preventative care”, in September 2011. A reader tipped me with “some quick research shows JMCG RICHMOND LLC, a Florida based company, bought the property in May from Harper for $1.4 million.”