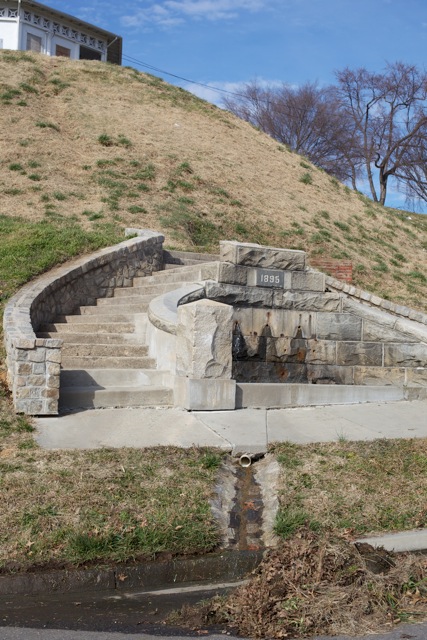 Unless you drive to the base of Chimborazo Park to use the dog park there, you may not know that there is a fresh water spring in a grotto built in 1895. Today 2 Church Hillians decided they would go tidy up the spring, scrub off the algae, do a little weeding and sweeping.

It was a significant time to perform this small community service as it is February 1 and St Bridgit’s Day. Bridget has a very strong association with springs and wells in Ireland and cleaning such spaces on this day is still done in her land.

Here is what is really significant for Church Hill: within 45 minutes more people and several dogs were helping. One man came up and started doing some of the harder work. Then a family – grandfather, father and son with tools in the back of their truck – drove up and joined in. “We saw you all working and thought we would help.”

This wasn’t planned. No one knew each other but the work went quicker, stories were shared and the spring looks a lot better now.

Sent in by Jan Thomas