Violent crime in November was down by 40%. We had 1 commercial robbery at 30th and Clay Street. We are still looking for the public’s help in solving this crime.

We had 2 individual robberies compared to 6 last year during the same time period. One of these was cleared by arrest and the other was a robbery that occurred at 25th and Broad Street at 11pm. The victim waited a half an hour to report the crime so we have had trouble identifying a viable suspect.

We also had a carjacking on Oakwood this month. Due to some quick action by patrol officers and K9 we were able to make an arrest that night and with the help of Henrico Police Department we arrested the other suspect the following night in Greater Fulton.

Our Aggravated Assaults went from 4 to 2 this month. One was a shooting that occurred in the 4800 hundred block of Government road. We are very close to a resolution in this case.

Property Crime in November was down by 13% from 54 to 47. Residential burglaries went down from 12 to 11. 4 of these occurred in Union Hill, 2 of these were to the same address. The victim had hired someone from the neighborhood to help her move. Unfortunately he is now the main suspected in breaking into her house. Please be very leary of who you hire to help you do any kind of work.

There were 3 in Church Hill. Arrests have been made in a Church Hill burglary.

In Greater Fulton, there were 2 during the daytime hours.

Year to date there have been 96 burglaries compared to 93 last year. Larcenies in general went from 40 to 31, a 23% reduction. Motor Vehicle Theft went from 1 to 3. Arrests were made in 2 of these and the offenders were known to the victims.

Instead of wanted posters, I decided to give you some updates on some of the past wanted posters I have sent out. A kind of where are they now segment if you will.

Page 3 is Timothy Covington, you will remember he was the guy who decided that robbing taxi cabs was a good idea.

Page 4 is David Leon Reed. He was the commercial robber that hit a couple convenient stores on Q Street at the beginning of the year. He was also nice enough to give us a good photo of himself by looking up at the camera.

The last criminal is Bryant Jones who plead no contest to the murder that he committed on Newman last year in Greater Fulton.

As always thank you for the hard work you, the citizens, contribute to helping us make sector 111 a safer place to live and work! 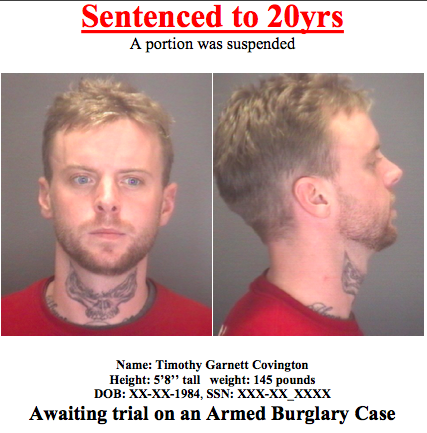 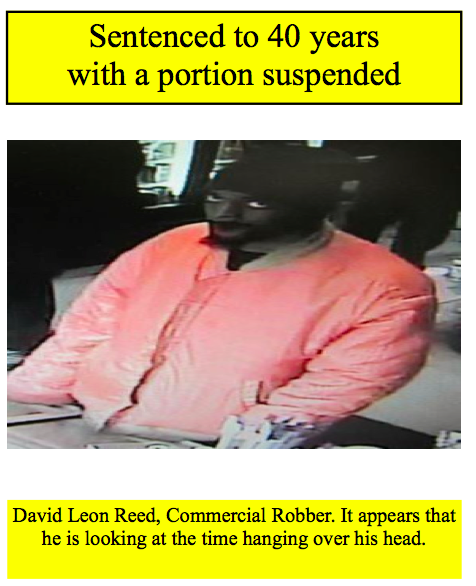 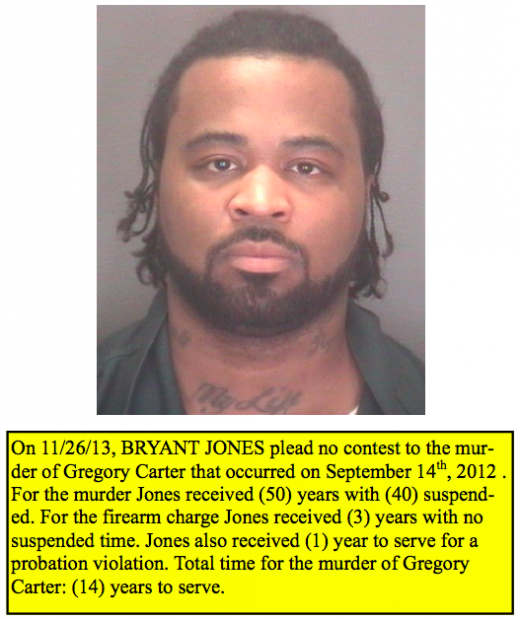