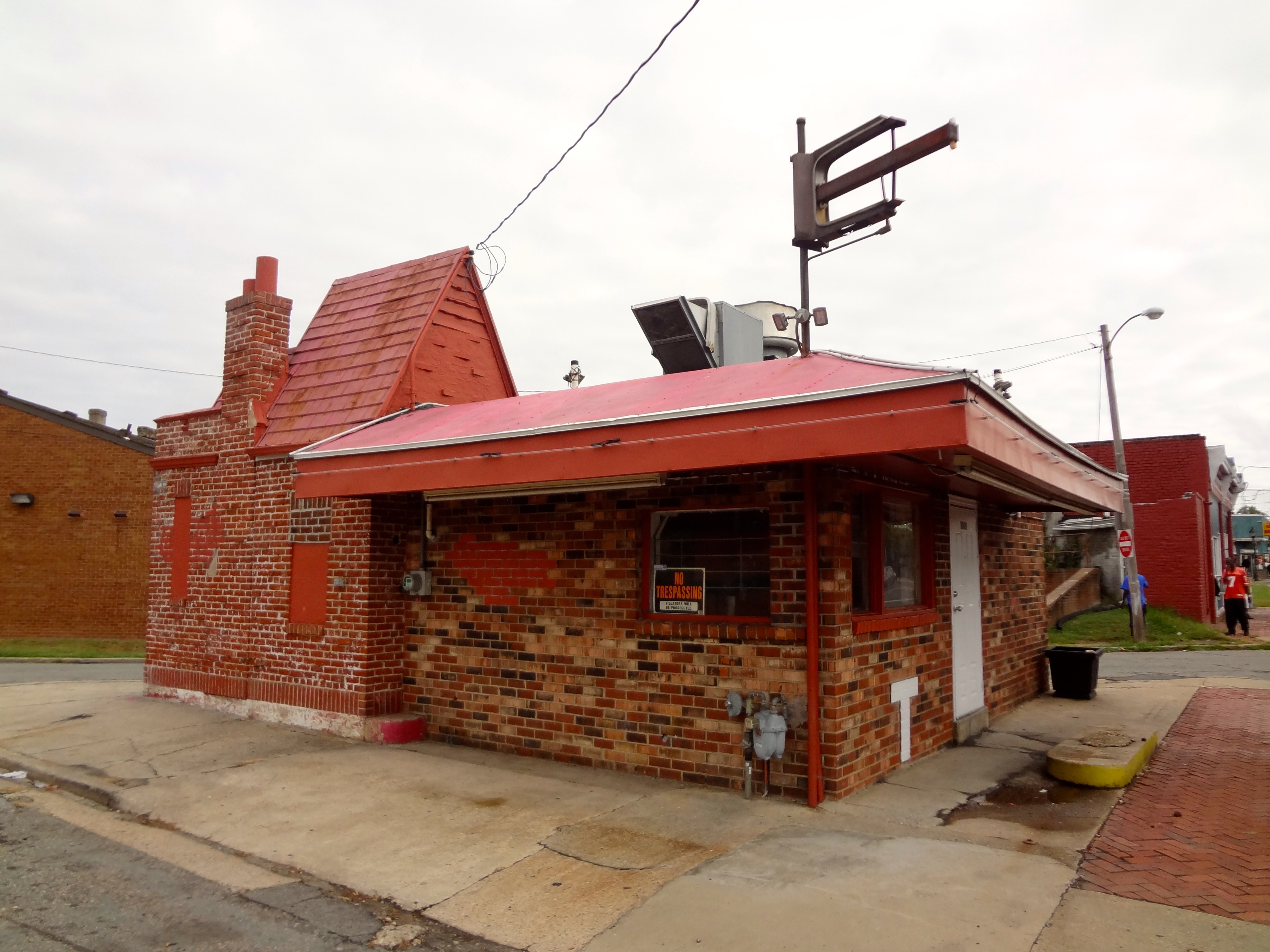 This was once the Twenty-Fifth Street Fish and Oyster Market

… and a Pure Oil Company filling station for 15 years or so, and then the Triangle Inn Restaurant for more than 3 decades.

This vacant (and for rent) little triangle commercial spot at 1000 North 25th Street has been in use since at least as early as 1902 (though the distinct brick cottage was not built until maybe 1920).

The earliest Hill Directory available at Richmond Main Library is from 1902. This record shows that from that year through at least 1906 one R.S.Gooch, a resident of 2313 Venable Street, was at this location as a barber.

The available records jump to 1915, at which point the location is listed as vacant. In 1916, though, the company of Hilliard & Feitig (owned by Clarence P. Hilliard & Louis E. Feitig) is listed as operating here offering “cleaning and pressing.” 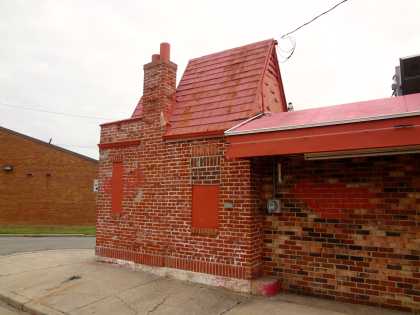 Both the city records and the registration form from the Union Hill application to the National Register of Historic Places list the small cottage structure at the back of the current building as having been built in 1920.

The 1921 directory has the location down as the Twenty-Fifth Street Fish and Oyster Market. From 1922-1924, this was the West Brothers (HJ & JH) fish market.

From 1925-1933, this spot was the Triangle Filling Station. After sitting vacant for part of 1934, the location was home to a Pure Oil Company filling station though at least 1949. 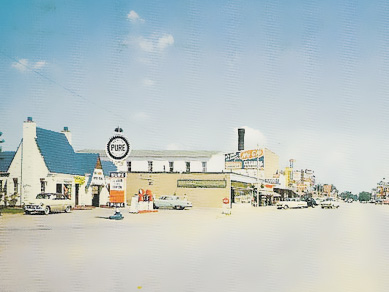 (I’m not sure that confectionary in this context means a bakery, I was told while researching 325 North 27th Street that this could be more like restaurant or bar. Anyone? – JM)

The little building that could had its heyday as the Triangle Inn Restaurant, operating from 1959 through at least 1990.

Either the Triangle Inn Restaurant or Triangle Takeout offered a balogna burger that people still talk about. On man on 25th Street this morning described it a bologna and steak burger with cheese, and offered that it was really great if you had been drinking.