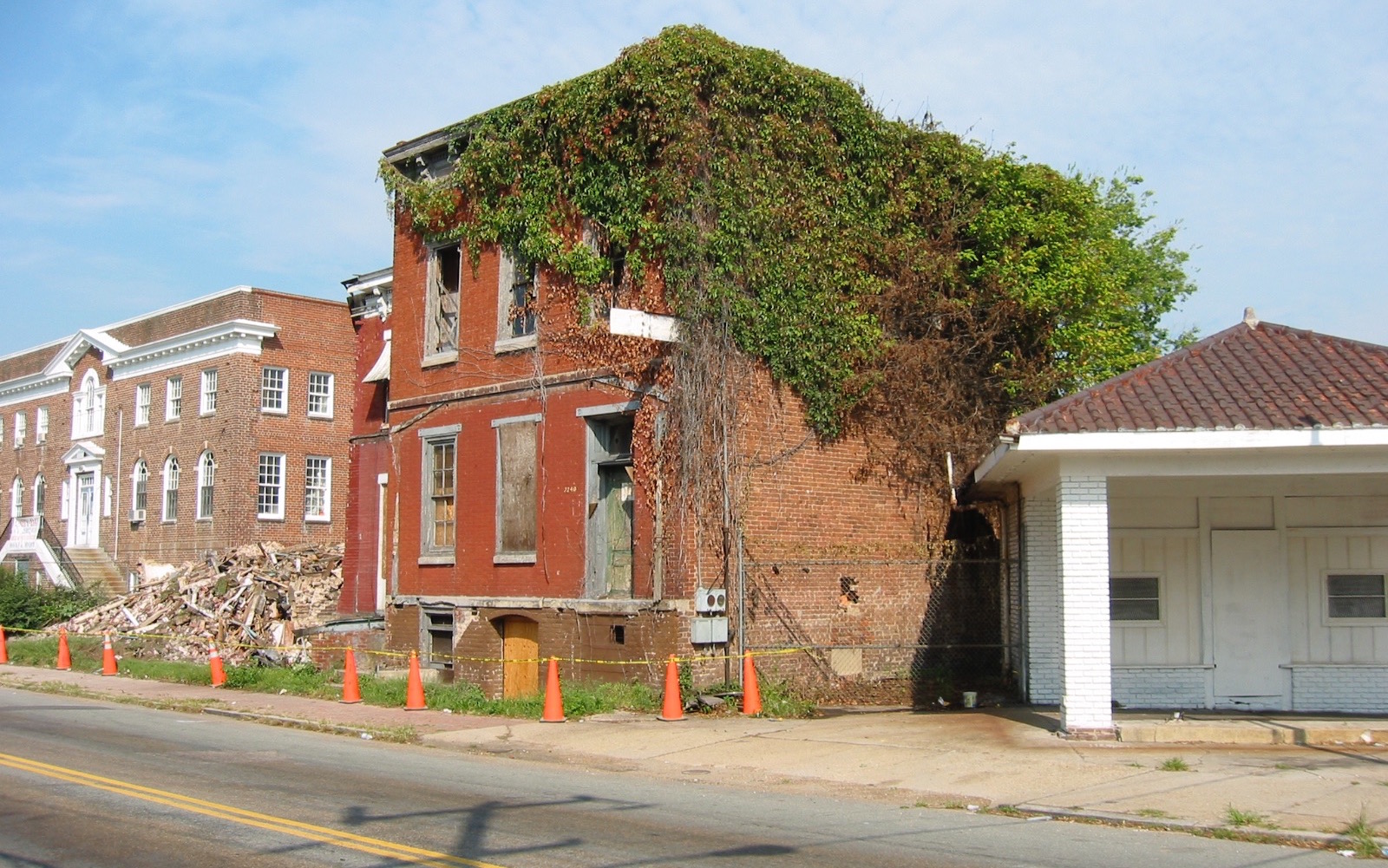 This look at the block of Venable Street between Jessamine and 23rd Streets comparing 2004 and 2014 shows only the southern side of the street. I didn’t think to turn around and get the other side of the block, it hasn’t changed in 10 years – the Citadel of Hope looms over the block, while that old gas station sits vacant at the corner.

Historian and author Selden Richardson sent some photos in over the weekend, though, that will always change how I see that empty space between the 2 vacant buildings. The brick buildings shown here complement and extend the architecture of the rest of those blocks of Venable Street, but were demolished in September 2002.

With such a dramatic turn around on the other side of the street over the last 10 years and recent word that Better Housing Coalition has purchased the Citadel of Hope building, the loss of these buildings is that much more poignant.

“It is a pity that there are so many little urban prairies in Church Hill that replaced vast parts of what was once a varied and interesting streetscape, and now, of course, the existence of these buildings that stood for a hundred years has been utterly erased.” 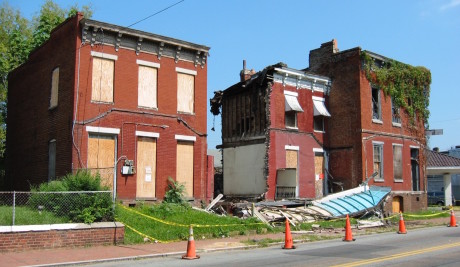 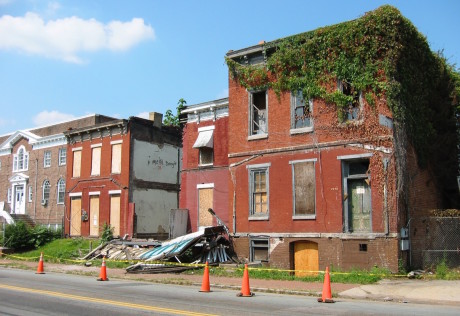 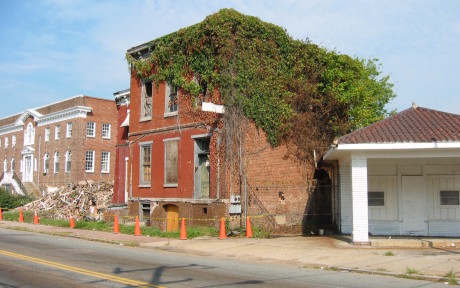