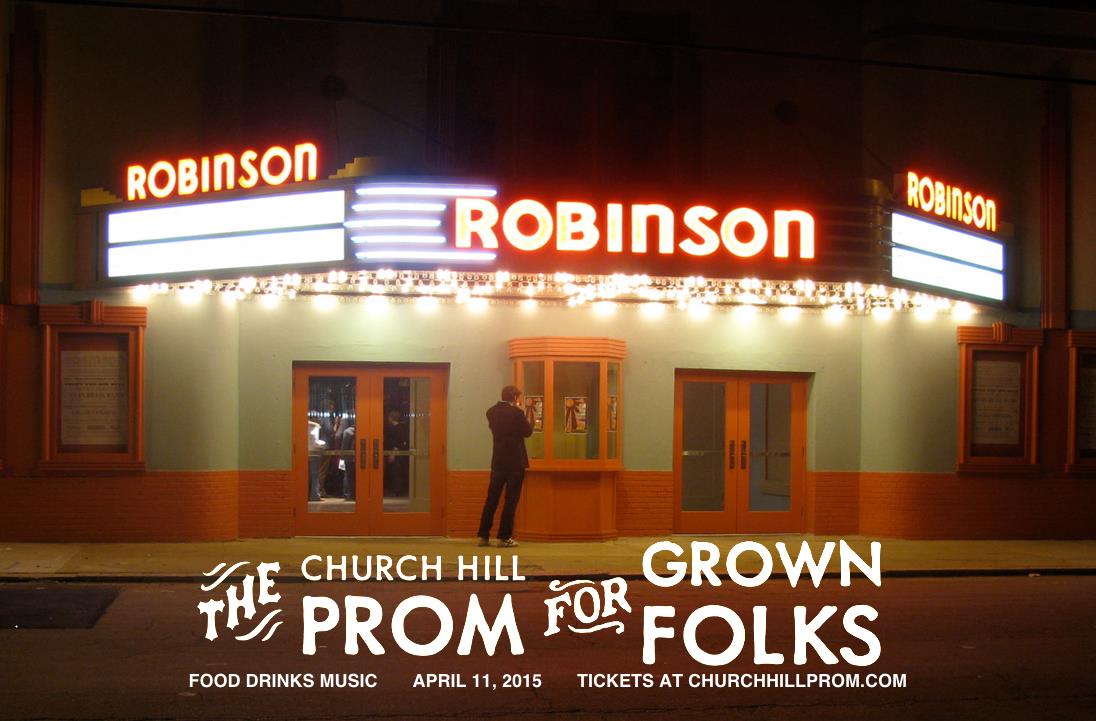 Are you coming to to the Church Hill Prom for Grown Folks?

Tickets are now now available for the 1st ever Church Hill Prom for Grown Folks at the Robinson Theater in April:

A celebration of the neighborhood on a special spring night at the Robinson Theater in historic Church Hill, featuring local food and drink

It’s been a great few years for one of Richmond’s most historic and diverse neighborhoods. Come out and celebrate with neighbors old and new. Anyone who loves Church Hill is invited to attend!

Church Hill Prom for Grown Folks will probably be better than the proms that you remember. Selections from award-winning neighborhood restaurants and Virginia beer and wine will tempt your tastebuds. The Scorpio Brothers playing deep cut soul, R&B, and latin grooves on the turntables will get your other parts moving. If this sounds like fun, it’s for you.

GET YOUR TICKETS ONLINE AT CHURCHHILLPROM.COM

Get yourself right in the neighborhood: Seven Hills Studio and Jade Salon both say “save 20% off formal styling for the church hill prom, promo code prom. Valid 4/11.”

Church Hill Prom for Grown Folks is a benefit for Richmond Cycling Corps. RCC provides leadership and personal development to Richmond’s urban youth through the sport of cycling. They’ve started the Armstrong High School Cycling Team (the nation’s only inner-city high school cycling team), who ended up ranked third in the National Interscholastic Cycling Association fall race series in 2014. Richmond Cycling Corps built a bike park between Armstrong High School and Fairfield Court public housing complex for team and community use. The organization is expanding to Martin Luther King Jr. Middle School and will compete in the middle school division in 2015.