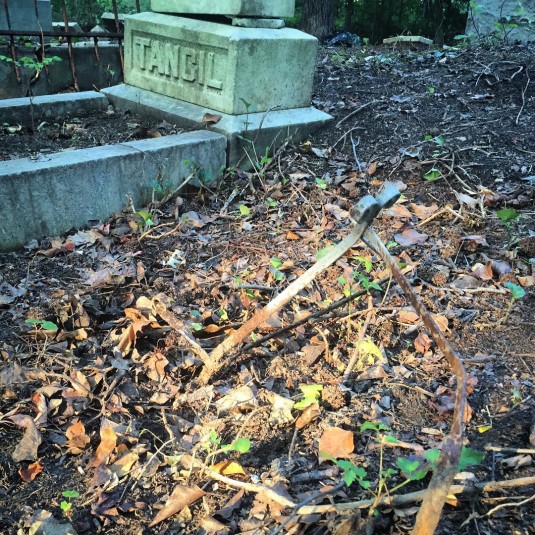 Volunteers at the East End Cemetery clean-up effort discovered this weekend that someone has stolen a recently uncovered headstone:

This stand is all that’s left after someone removed Dr. R. F. Tancil’s headstone from his plot at #eastendcemetery between Sunday evening and this morning. Dr. Tancil was among Richmond’s most prominent African American citizens in the late 19th and early 20th centuries. He was a Howard graduate and the president of the Nickel Savings Bank. He also supported the 1904 streetcar boycott, in which black Richmonders protested the advent of racially segregated seating on the city’s streetcars.