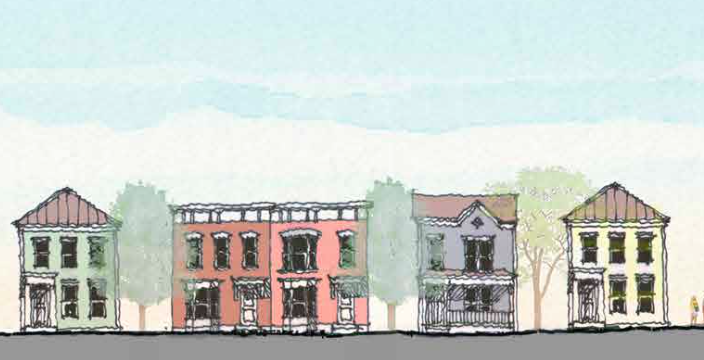 Mixed-income redevelopment at Creighton could be open by 2017

Peter Galuzka has a great look at Mayor Jones’ anti-poverty initiatives in the most recent issue of Style:

Changing educational opportunities and cultures is essential to guarantee progress that’s sustainable, Williamson says. But it will take years. So will another prong of Jones’ strategy — replacing several of the city’s antiquated, 1940s-style public housing projects with higher-quality homes that attract mixed-income residents.

The key project is at Creighton Court, which will see 300 new housing units at the 22-acre, old Armstrong High School site at 1501 and 1611 N. 31st St. The Richmond Redevelopment and Housing Authority has been working with the Community Builders, based in Boston, to build 50 single-family and 250 multifamily units that will draw some residents from the crumbling Creighton public housing project.

As in other cases, it’s a long haul project. After months of waiting, demolition of Armstrong is expected to begin by the end of the year, with construction on the first units next year. Williamson says they may be ready to accept new residents by 2017. “We’re having an outreach program to explain to residents what is going on and what to expect,” he says. “It’s important for us to do it the right way. Rather than fast.”