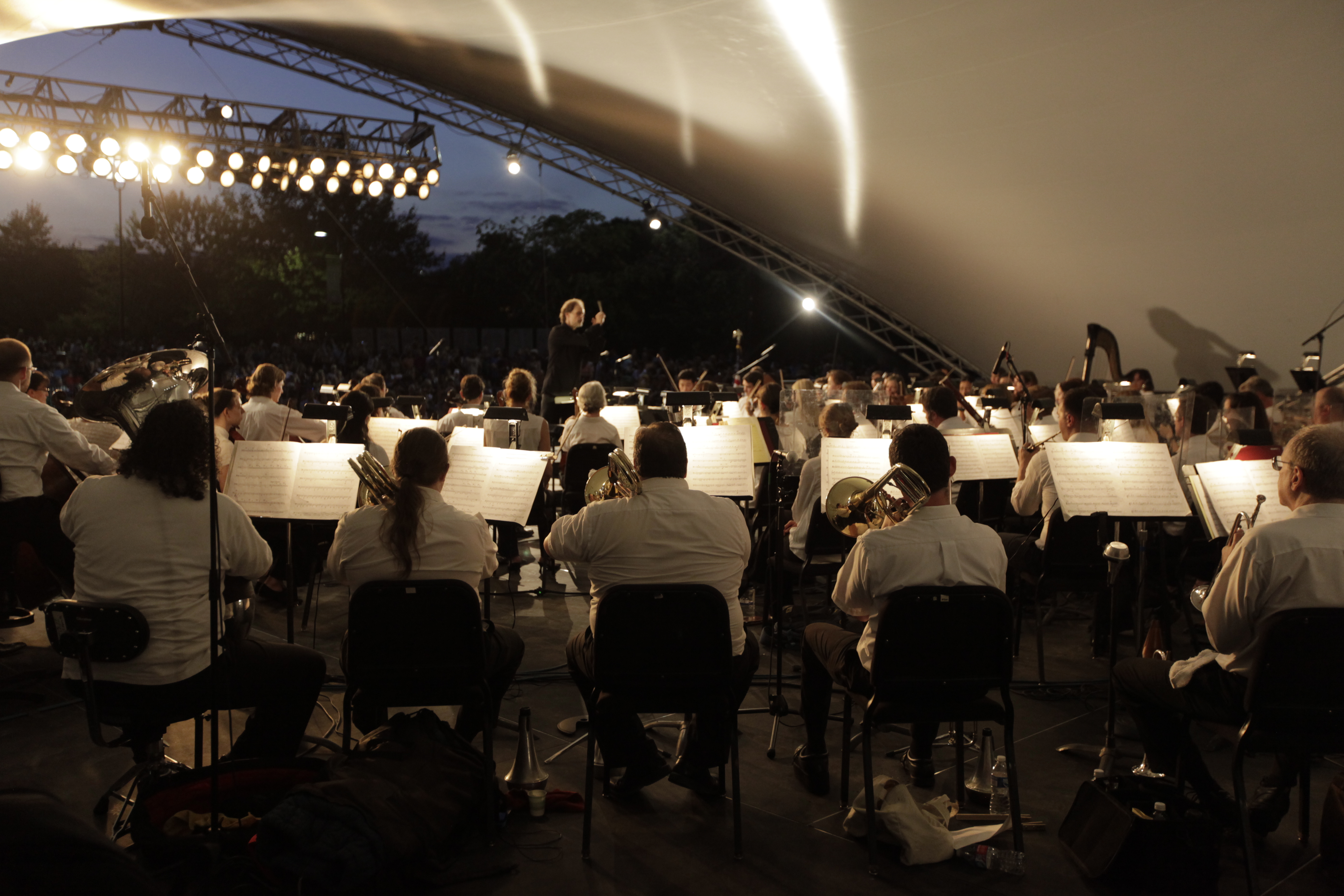 The Richmond Symphony will set up their big tent in Chimborazo Park on May 6-8, 2016, for the East End Festival, a weekend of live music by the Richmond Symphony, amateur musicians, church groups, and “many many different performers” including No BS! Brass Band and Desiree Roots according to David Fisk, Executive Director of the Richmond Symphony. There will be food trucks, craft beer, vendors, and a kids zone.

The free festival, underwritten in part by what I’ve been told is a $75,000 donation from Bon Secours, is slated to raise $100,000 to purchase musical instruments and related materials for East End public schools.

Suzanne Mallory-Parker, Community Partnerships Manager at Richmond Symphony, gave a presentation on the festival at this past Saturday’s New Visions Civic League meeting at the East End Library. She described the event, and stressed that the festival will be for everyone in the area to enjoy. Her presence at this small community meeting fairly early on a Saturday morning in a building just north of R Street put a lot of weight to her words.

No schedule has been announced yet, stay tuned for more details as it gets closer. 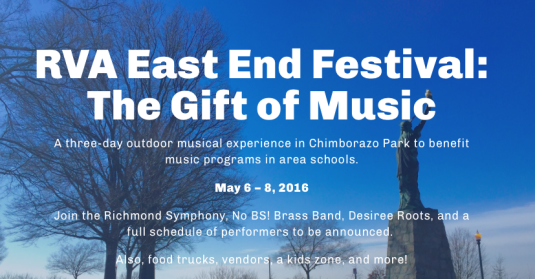