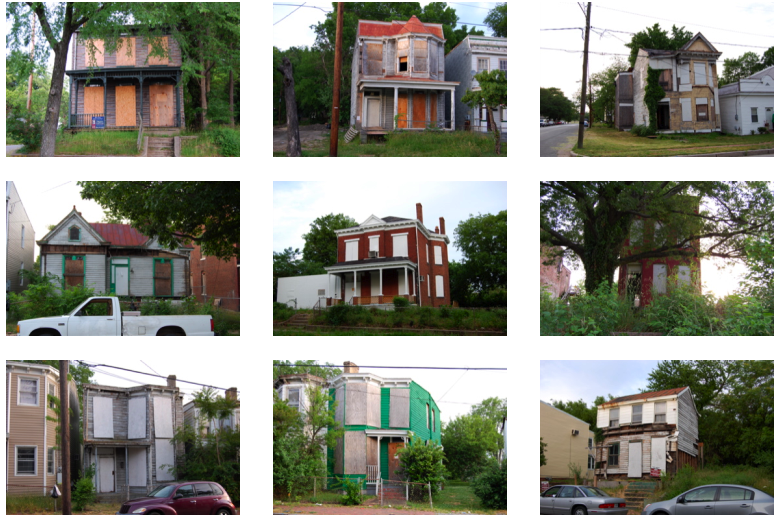 Just over 2 years ago, Vacant Richmond popped up and mapped all of the properties listed on the city’s Vacant Building Registry (PDF). The city stopped updating their data and Vacant Richmond went off the air. We still have many vacant houses.

Inspired by Kevin Bauman’s 100 Abandoned Houses, a chronicling of empty houses in Detroit, I thought that a similar look at just our area would be very possible and at least somewhat interesting. My parameters in starting out were that the houses had to be obviously vacant in a way that indicated that the property was not merely between tenants. A well-maintained house that is for rent or sale is different than the property that has boarded windows and doors and has been sitting for 6 months or years and years. Here are houses that are vacant now, were probably vacant 2 years ago, and will likely be vacant 2 years from now.

In rolling around the neighborhood, the most vacant block that I found was the 1300 block of 27th Street. There are areas of high vacancy along Fairmount and pockets of Church Hill North.

(This was originally a Flickr set of 100 photos. Moving away from Flickr lost some, but most of the original photos are here anyway - JM 10/2020)