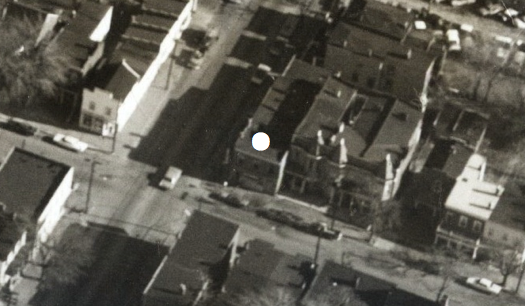 The commercial space at 325 North 27th Street / 2707 East Marshall Street began its working life over a century ago. Digging into the Hill Directories at the Main Branch of the Richmond Public Library gives a broad outline of what has been going on at that corner over the years.

The Hill Directories are a series of directories for a variety of cities with the residents listed by address and by last name (often with their employment). You can look up who lived in a particular address for a given year, and then cross-reference to see their occupation.

The oldest Hill Directory on the shelf is 1902: in that year, Philip Alto was using the store at 27th and Marshall Streets as a hardware shop of some kind. By 1915, the space was home to a confectioner (Louis Haboush), a use that it would house in some way for the next 45 years. Confectioner Louis Shuleeta held the corner for 17 years, Shibley’s Inn was on the spot for the next 20 years after that. 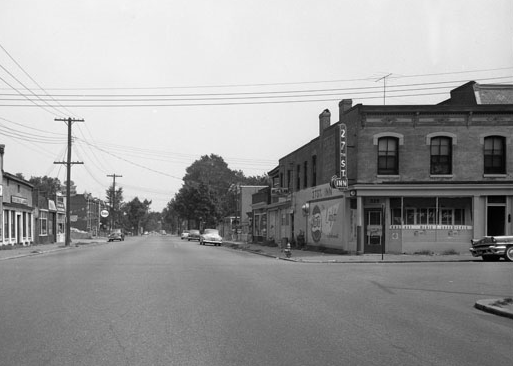 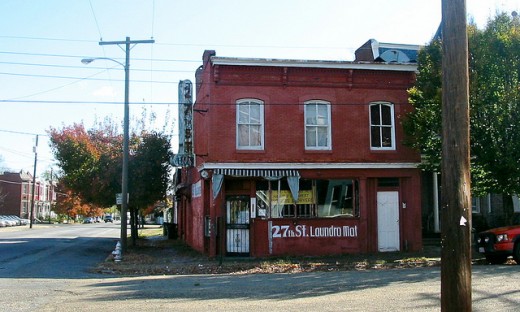 Top aerial photo via / View east on Marshall via