Churches own many vacants along Fairmount Avenue 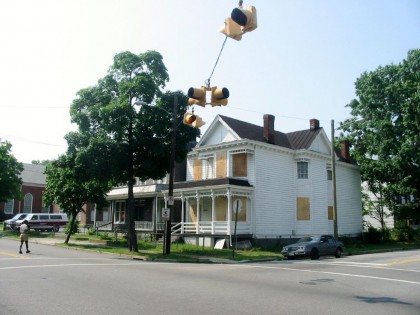 Stacey Martin manages a tremendous amount of vacant property in the area and gets tagged a slumlord. Oliver Lawrence is a convicted slumlord currently serving time in one of his dilapidated houses on 19th Street. What do you call a church that owns a block’s worth of vacants?

In poking around Fairmount Avenue with the Richmond Parcel Mapper while researching Stacy Martin/Hermitage Realty’s vacant empire across the neighborhood, I found out that one of the more prominent churches back this way owns a long-vacant house on a busy corner of Fairmount Avenue. Fast forward a few weeks, and the discussion around the the Union Hill O&H District brought to light the 13 vacant lots/properties owned by the Temple of Judah.

This prompted some further digging, which revealed that the habit of holding vacant lots isn’t just for Temple of Judah, as both of Fairmount Avenue’s Mount Tabor and Bethlehem Baptist hold 6 and 10 vacant lots/houses, respectively. Included in this count for each is at least one lot has seen a house demolished in the past 5 years. 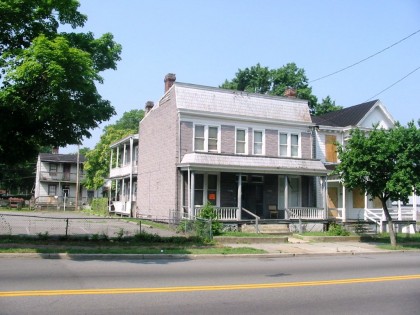 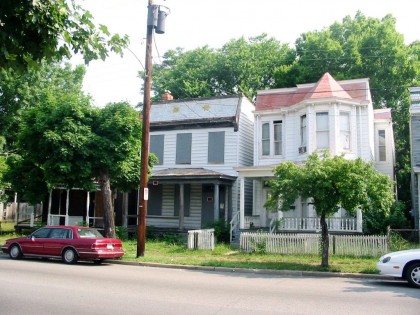 At least some of the vacant lots are official or unofficial parking for the churches. A few, but not all, of the vacants attributed to Mount Tabor are the parking lot attached to the church. Beside this, though, are the now-vacant-lot at 2003 Fairmount Avenue and the long-time vacant house at 2001 Fairmount Avenue. Is this an exercise in expansion by neglect? Will these lots be paved parking in 5 years?

Sitting sandwiched between Bethlehem Baptist’s vacant lots in the 2000 block of Fairmount and across the street from Mount Tabor’s vacant lot and boarded up house is the 2009 Golden Hammer Award-winning renovation at 2008 Fairmount. The Better Housing Coalition, a non-profit affordable housing-oriened CDC, has build or restored at least 2 other houses on Fairmount Avenue since 2005. Imagine Fairmount Avenue if the churches were to make 2010 the year of building quality affordable housing on their vacant lots… 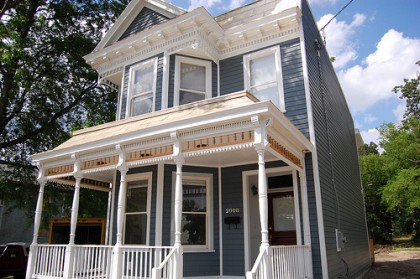