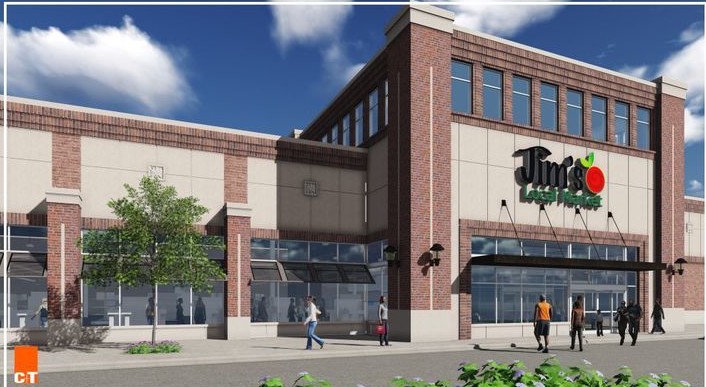 Zoning application made for new grocery store on 25th Street

Mayor Dwight Jones, Councilperson Cynthia Newbille, and the Richmond Redevelopment and Housing Authority announced that a development team has made a rezoning application to develop a mixed-use residential and neighborhood retail development at the traffic circle at Fairmount Avenue, Nine Mile Road and North 25th Street, anchored by a Jim’s Local Market grocery store. 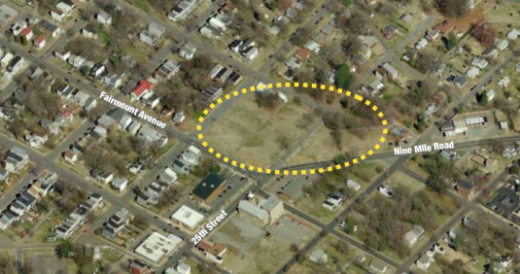 “I am thrilled that this proposal is finally advancing,” said Mayor Jones. “The East End food desert has needed healthy groceries and good jobs for a long time, and I hope that success here can be replicated in other neighborhoods across the city.”

“I have heard members of the community asking for a full-service grocery store in this area,” said Councilperson Newbille. “And that is what is being proposed for the East End community. Further, we will be going to the community together with the developer to talk about how this project will look, the services that will be provided, employment opportunities, and other ways that it can enhance the neighborhood.”

Jim Scanlon, president of Jim’s Local Market, believes that the time is right to build on the success of their recent grocery store opening in Newport News. “We believe we have a business model that’s right for urban areas like the East End of Richmond – combining quality products, affordability for all customers, and a level of employee engagement that creates a culture of great customer service.”

T.K. Somanath, president and CEO of RRHA, added “We are doing everything we can to ensure that this is a development we can all be proud of, and that it will be the cornerstone of a stable, healthy East End.”

Steve Markel, senior member of the private team implementing the development, said, “Seeing what Jim has done in Newport News, and seeing the commitment the City, Housing Authority, and so many community partners are willing to contribute to the East End, has convinced me that this is the right thing to do.”

Councilperson Newbille and the development team plan to meet with neighbors to answer questions about the development and potential neighborhood impacts as soon as possible.

The zoning application made yesterday is the beginning of a months-long approval process and is the first of several steps that must occur before construction could begin. Design and layout of the grocery site and for accompanying mixed-use development is still in development.

RRHA has been acquiring lots and clearing structures (also) from the 1300 blocks of 24th and 25th Streets and the adjacent block along Nine Mile since at least 2006. At a 7th District meeting back in late 2006, a grocery store at 25th and Nine Mile was promised for the near future (“more towards 2 years than 5 or 10”). Mayor Jones reiterated the notion back in 2012.